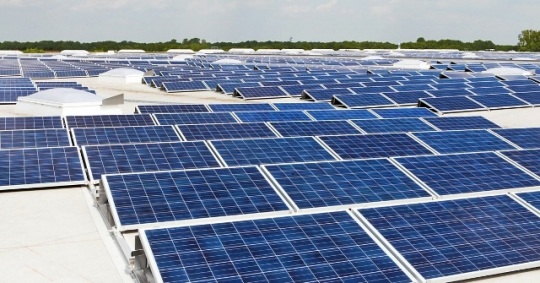 Odisha Chief Minister Naveen Patnaik launched a grid-connected rooftop solar programme through a net-metering system at the State Secretariat in the capital city of Bhubaneswar on 23 August 2017.

Speaking on the occasion Patnaik said, “I hope establishing rooftop solar systems through net-metering will be well accepted by the people. I wish the initiative all success.” The Chief Minister also launched an online web portal of the programme.

The solar programme will be implemented by Odisha Renewable Energy Development Agency (OREDA). It mainly aims at harnessing renewable solar capacity through people’s participation to further strengthen the grid and reduce power losses in the state, benefiting the public. It also aims to help the state in addressing the climate change action plan.

• Under the programme, consumers would be able to install small subsidised solar plants on their rooftops and consume the generated solar power during the day time.

• Consumers would also be able to export excess power to the grid through their service cables.

• The additional solar power generated could be exported through net-meter, a special type of meter that will be provided by the respective power distribution companies.

• The difference between buying from the grid and selling to it will be billed to the consumer.

• The Net-Metre will enable the consumer to reduce consumption of electricity by using solar power and simultaneously get a reduced bill on account of selling solar power to the grid.

• A consumer would require an investment of about Rs 70,000 per kW for a rooftop solar system.

• The state government would be providing a 30 percent subsidy to the consumers.

According to officials, the state of Odisha envisages renewable energy capacity addition of 2750 mega watt by 2022 and a major part of this capacity addition target has been assigned to solar power with a share of 2200 MW.

The rooftop potential of solar power generation in Odisha has been estimated at 5000 MW.

For the current year, a target of 8 MW has been fixed of which 4 MW has been exclusively assigned to Bhubaneswar.