Rafale Combat Aircraft: Everything you need to know!

In January 2012, IAF announced the Rafale as the preferred bidder and contract negotiations had begun with its manufacturer, Dassault Aviation. However, the deal stalled due to a lack of agreement on various terms.

Rafale Combat Aircraft: Everything you need to know

India in September 2016 signed an Inter-Governmental Agreement (IGA) with France to procure 36 Rafale fighter jets in fly-away condition for €7.8 billion.

As a part of the contract, India will also get the latest weapons like the Meteor and Scalp missiles, besides a five-year support package that assures high availability of the fighter. Under the deal, it was decided that India will pay 15 per cent in advance.

The first Rafales are expected to be delivered by 2019, and India is set to have all 36 jets within six years.

• Introduced in 2001, Rafale is a twin-engine, canard-delta wing, multirole combat aircraft designed and built by French company Dassault Aviation. The aircraft is considered one of the most potent combat jets globally.

• The aircraft is fitted with an onboard oxygen generation system (OBOGS) which suppresses the need for liquid oxygen re-filling or ground support for oxygen production.

• It is distinct from other European fighters of its era, as it is almost entirely built by one country, involving most of France's major defence contractors, such as Dassault, Thales and Safran.

• Many of the aircraft's avionics and features, such as direct voice input, the RBE2 AA active electronically scanned array (AESA) radar and the optronique secteur frontal infra-red search and track (IRST) sensor, were domestically developed and produced for the Rafale programme.

Why does India need Rafale aircraft?

After the Kargil experience, the Indian Armed Forces and the Defence Ministry were of the opinion that the combat ability of the Indian Air Force to strike targets required radical improvement.

The Defence Ministry came to a conclusion that an aircraft adds to the combat strength of the forces only when it is loaded with the requisite weaponry, which enables it to strike targets. This need was first recorded in 2001. 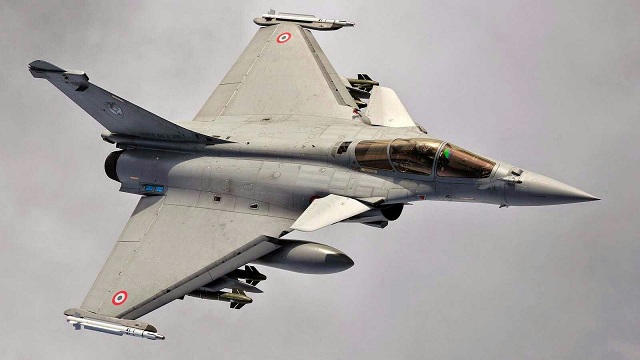 Earlier deal and why it didn’t work out?

In June 2001, the Defence Acquisition Council (DAC) had approved the Acceptance of Necessity (AoN) for the procurement of 126 medium multi-role combat aircraft.

The IAF conducted technical and flight evaluations in 2011and shortlisted Rafale and Eurofighter Typhoon.

In January 2012, IAF announced the Rafale as the preferred bidder and contract negotiations had begun with its manufacturer, Dassault Aviation.

It was proposed that 18 Rafales would be supplied to the IAF by 2015 in fly-away condition, while the remaining 108 would be manufactured by Hindustan Aeronautics Limited (HAL) in India under transfer of technology agreements.

However, the deal stalled due to a lack of agreement on various terms of RFP compliance and cost-related issues. The transfer of technology remained the primary issue of concern between the two sides

India’s main opposition party had raised an issue over Dassault partnering with Anil Ambani's Reliance Defence, a private company instead of state-owned HAL.

Both French government and Dassault had issued a press release stating it was Dassault's decision to choose Reliance Defence.