Rahul Dravid appointed as Head of Cricket at NCA

Rahul Dravid will not only head National Cricket Academy (NCA) but also work closely with the National Men’s and Women’s Head Coaches. 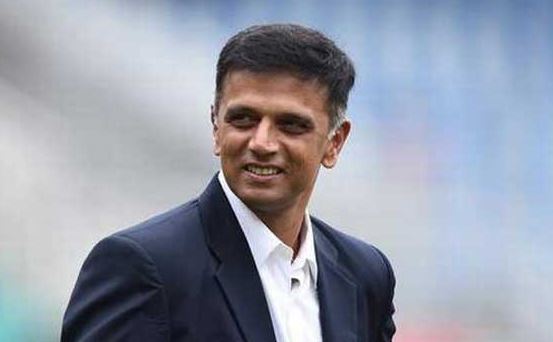 BCCI announced that former Indian captain Rahul Dravid was appointed as Head of Cricket at the National Cricket Academy (NCA).  Rahul Dravid was supposed to take over as NCA head from July 1 but his job at the India Cements caused the delay.

The Committee of Administrators (CoA) asked Dravid to relinquish his post as vice-president of India Cements or be on leave until he completes his tenure. India Cements then sent him on leave to avoid conflict of interest. 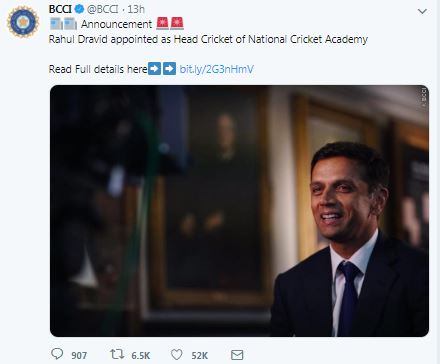 •    Rahul Dravid was born on January 11, 1973. He is a former Indian cricketer and captain and the current Overseas Batting Consultant for the Indian team, and also the head coach for the Under-19 and 'A' teams.
•    Dravid scored nearly 25000 runs in international cricket. He is colloquially known as Mr. Dependable, and often referred to as The Wall.
•    He played his last ODI innings against England at Sophia Gardens, Cardiff, on 16 September 2011.
•    Dravid has also been honoured with the Padma Shri and the Padma Bhushan award, India's fourth and third highest civilian awards respectively.