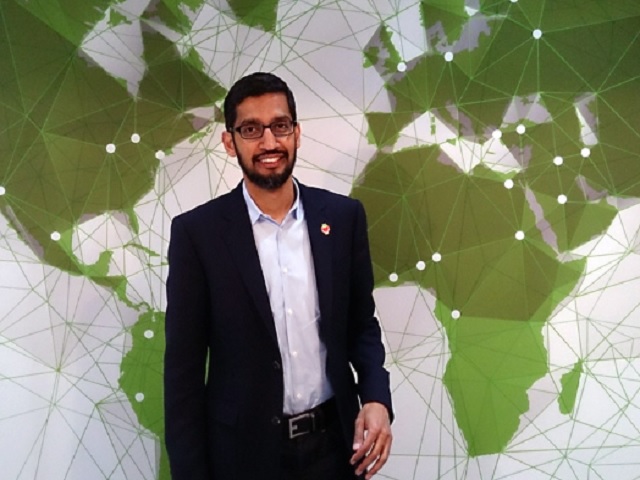 Larry Page and Sergey Brin will remain with the company as co-founders and board of directors. However, Sundar Pichai will hold a new responsibility. Larry Page resigned as CEO of Alphabet, while Sergey Brin stepped down as President of Alphabet. 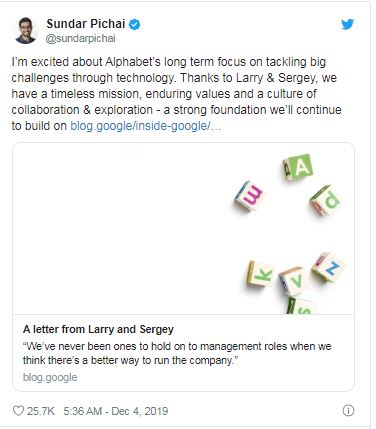 • Sundar Pichai was born in 1972 in Chennai. His original name is Pichai Sundararajan, but he is known as Sundar Pichai.
• He earned his bachelor’s degree from IIT, Kharagpur.
• Pichai completed his masters from Stanford University and did MBA from Wharton University.
• He worked at a software company Applied Materials and management consulting firm McKenzie before joining Google in 2004.
• His stature has grown rapidly in the last 15 years in Google. At the beginning of his career at Google, he played an important role in developing Google Toolbar and Google Chrome.
• In 2014, he got an opportunity to lead all products and platforms of the company.
• In 2015, Sundar Pichai became the CEO of Google and in 2017 he was included on the board of directors of parent company Alphabet.
• Now, after becoming CEO of Alphabet, his portfolio includes projects such as self-driving car Waymo apart from Google's core products.

• Google’s co-founders Larry Page and Sergey Brin restructured Google in 2015 to make Alphabet. Google shares converted to the Alphabet.
• There are some companies like Google Life Science, Nest Labs, Google Fiber, Google X, Google Venture, Google Capital, and Waymo are working as Alphabet's subsidiaries.
• Alphabet is the third-largest company in the world with a market capitalization of USD 893 billion (Rs 64 lakh crore). Apple and Microsoft are at number one and number two respectively.