The Vice President appealed to the political parties to ensure at least fifty per cent attendance for the proceedings of the House by adopting a roster arrangement. 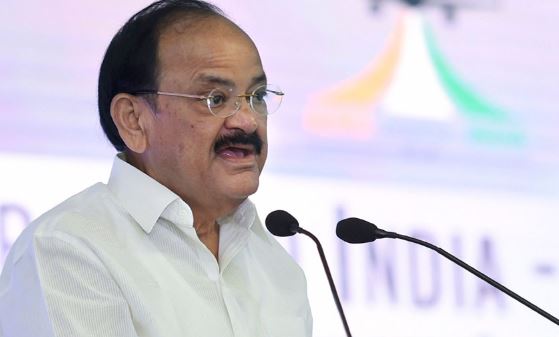 The Vice President appealed to the political parties to ensure at least fifty per cent attendances for the proceedings of the House by adopting a roster arrangement. He was referring to the lack of attendance in the legislatures and the decline in the level of debate. He also called for a thorough review of the anti-defection law in view of its shortcomings.

• As per the VP Venkaiah Naidu pre and post-legislative impact assessment should be done.
• The charter includes a review of the whip system which is stifling reasonable dissent even on non-consequential matters.
• Special courts should be established for time-bound adjudication of criminal cases against legislators.
• VP Venkaiah Naidu said that we should address the problem of the rising number of legislators with a criminal background.
• The government in power should be responsive to the opposition and opposition should be responsible and constructive while working in parliament.
• All political parties should understand the value of simultaneous elections and we should make a consensus on the proposal.
• A regular report on the attendance of members during the proceedings should be published by the secretariats of legislatures.
• In case of interruptions and disruptions, some rules should be framed against erring members.
• At least 50 per cent of attendance must be ensured by all political parties.
• He insisted that some concrete steps should be taken for the effective functioning of the Parliamentary Committees.
• VP Venkaiah Naidu said that the representation of women in legislatures needs to be raised.
• He also said that legislators should abide by the rules of the house.

In the last 50 years, the functions and structures of Parliament had gone through various changes. It is said that many laws have been passed in parliament to bring development in the country but little efforts have been made to develop the basic prerequisites for the success of parliamentary ethics like attendance, discipline, sense of public morality, character among others.