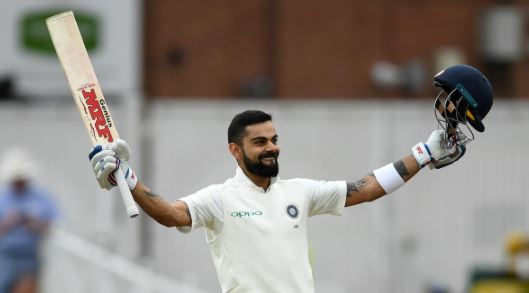 Virat Kohli has become India’s most successful test captain after the Indian team won the match against West Indies by 257 runs in Jamaica.  It was India's 28th win in 48 Tests, led by Virat Kohli. He has surpassed Mahendra Singh Dhoni, led by India in 27 of 60 Test matches. 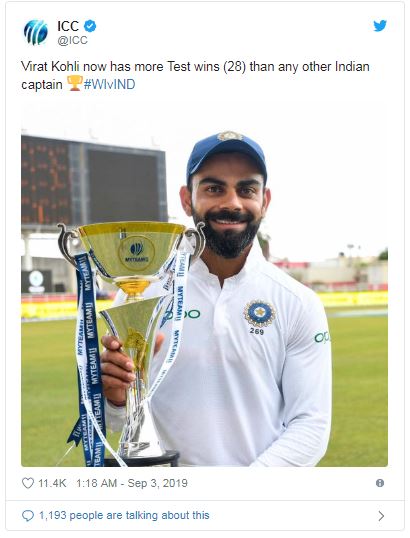 India made a clean sweep in all three T20, ODI and Test series against the hosts in this tour against Windies. India played a three-match T20 and ODI series against the Windies. One match of ODI series called off due to rain. In the first match played in Antigua of the two-match Test series, India defeated the Windies by 318 and in the second match played at Kingston by 257 runs. With this, India has topped the points table with 120 points in the ICC Test Championship.