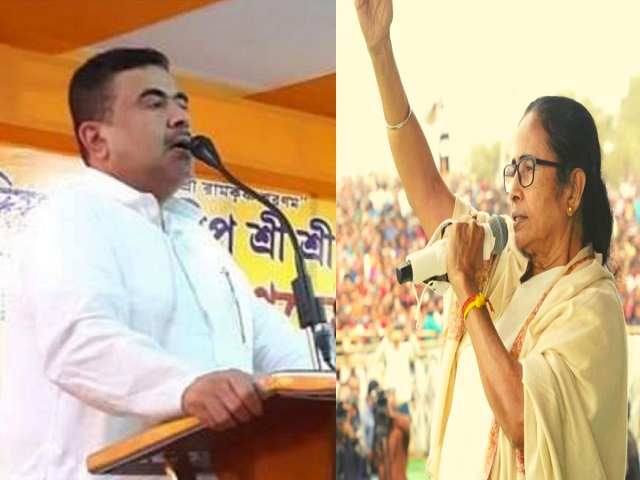 Though the exit polls predicted the battle for Bengal to be extremely close between BJP and TMC but Mamata Banerjee-led TMC recorded a clear victory with the TMC winning 208 constituencies out of the total declared 284 seats. With this, Mamata Banerjee will return as the Chief Minister of the state for the third time.

Following are the Key Constituencies that will be the main battlegrounds for both the parties:

Nandigram constituency: Mamata Banerjee’s new battle turf will definitely be a seat to watch out for as she is up against turncoat MLA Suvendu Adhikari, who is now contesting from the BJP. The CPI(M) has fielded Minakshi Mukherjee from the seat. While the seat is a Trinamool bastion, the Adhikari family have a major sway in the district. Suvendu Adhikari along with several other TMC MLAs had switched to the BJP due to rising influence of Banerjee’s nephew Abhishek Banerjee.

Bhabanipur constituency: West Bengal CM’s old seat is also one of the most high-profile constituencies of the state. Mamata Banerjee had won from this seat in 2011, breaching the Left bastion. She has now fielded Sovandeb Chattopadhyay against BJP’s Rudranil Ghosh and Shadab Khan of Congress.

Tollygunge constituency: The seat will witness another major clash between Union Minister Babul Supriyo and sitting 3-time TMC MLA Aroop Biswas. The CPI(M) has fielded Debdut Ghosh from the seat.

Purulia constituency: The seat will witness a three-way fight between BJP’s Sudip Mukherjee, Congress’ Partha Pratim Banerjee (Cong) and TMC’s Sujoy Banerjee. The seat has been held by both Congress and TMC. In 2016, the Congress candidate had win with a slim margin.

Kamarhati constituency: The constituency is important because TMC heavyweight Madan Mitra is contesting from here. However, he had lost the seat to CPI(M)’s Manash Mukherjee in 2016 Elections by a narrow margin. This time he is up against BJP's Anindya Banerjee and CPI(M)'s Sayandeep Mitra.

Siliguri: CPI(M)'s Ashok Bhattacharya has been pitted against BJP's Shankar Ghosh and TMC's Omprakash Mishra from the constituency. Bhattacharya is a former Mayor of Siliguri and a prominent communist leader in North Bengal.

Haldia: Haldia constituency is one of the key seats that the TMC had lost in 2016. The CPI(M)'s candidate Tapasi Mondal, who had won the seat in 2016, has now switched to BJP and has been pitted against TMC's Swapan Naskar and CPI(M)'s Kar Paik Manika.

Krishnanagar Uttar: This seat was vacant since  June 2020 when TMC MLA Abani Mohan Joardar passed away. BJP has fielded its current national vice president Mukul Roy from the seat against TMC's Koushani Mukherjee.

Diamond Harbur: The constituency is  a TMC stronghold. It is witnessing a battle for power among a political veteran, 70-year-old Pannalal Halder of TMC and a two-time sitting MLA of TMC Dipak Kumar Halder who is contesting from BJP ticket this time and CPI (M)'s Prateek Ur Rahaman.