GISAT-1 & RISAT-1A: Earth Observation satellites by ISRO- All you need to know

GISAT-1 and RISAT-1A are the Earth Observation Satellites (EOS) to be launched by ISRO. Take a look at the details of the satellite features and functions here.

ISRO would be launching two earth observation satellites (EOS) namely GISAT 1 AND RISAT 1A soon. The satellites EOS 3 and EOS 4 would be launched. The first satellite launched was in 2012 in this series and had a lifespan of 5 years. ISRO began the launch of the satellites in this nomenclature in 2012. Take a look at the picture below. 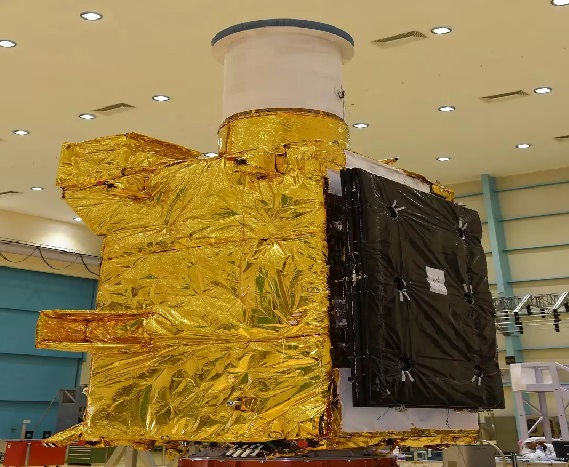 EOS-3 or GISAT-1 would be the first ever earth observation satellite which would be placed in the geostationary orbit.

The GSAT satellite was scheduled to be launched in March 2020 but was rescheduled due to technical glitches faced by the scientists. It is India's first sky eye.

This type of satellite revolves around the earth and thus maintains a close constant contact with the earth. This satellite does not seem to move from its place.

The launch was postponed earlier due to some technical glitch but again this year it has been delayed due to rising cases in the third wave of Covid 19.

ISRO was also asked as to why the other countries' rockets have not been used to which it responded that only USA and China have launch vehicles and India needs to launch the satellites from its own place.

Also Read| GISAT-1: All about the Earth Observation Satellite to be launched by ISRO

The features of GISAT1 mentioned by ISRO are

RISAT-1A is a radar imaging satellite. It is a planned remote sensing satellite developed by ISRO. RISAT-1A would be the sixth satellite in its league. It would be a land based mission with primary application in terrain mapping and analysis of land, ocean and water surface for soil moisture.

It's weight is 1800 kilogram and it would be launched through PSLV in September. It was also launched in 2012 with the objective of ensuring continuity in SAR.

The work of the satellite would be to ensure the uninterrupted transmission of microwave data for operational services.

The work would include all weather conditions and significantly increase India's capacity in the defense sector and strategic sectors.

Also read| What is Pegasus spyware and how is it used to hack the phones of politicians and journalists?

What kind of satellite is GISAT-1?

GISAT-1 are geostationary satellites indigenously developed by ISRO. They are basically the communication satellites.

Which rocket was used to launch GISAT-1?

ISRO used GSLV -F10 rocket to launch the GISAT-1 earlier. This time it would be launched for the second time using the same rocket.