Innovations for Defence Excellence (iDEX) was launched by Prime Minister Modi in April 2018 to achieve self-reliance and foster innovation and technology development in the field of Defence and Aerospace by engaging MSMEs, start-ups, individual innovators, Research and Development institutes, academia, etc.

Since Independence, India has aimed at achieving self-reliance in the field of defence and defence production. In light of this vision, the Government of India has initiated various schemes such as Make In India, Startup India, Atal Innovation Mission (AIM),  and so forth.

Innovations for Defence Excellence (iDEX) was promulgated by the Department of Defence Production, Ministry of Defence, Government of India. It was launched by Prime Minister Modi in April 2018. iDEX aims at achieving self-reliance and fostering innovation and technology development in the field of Defence and Aerospace by engaging MSMEs, start-ups, individual innovators, R&D institutes, academia, etc.

What are the main objectives of iDEX?

The main objectives of the iDEX are as follows:

2- To deliver military-grade products thereby solving the critical needs of the Indian defence set-up by developing or applying advanced technologies.

3- To devise a culture of innovation in the Indian Defence and Aerospace by engaging startups and innovators for co-creation and co-innovation. 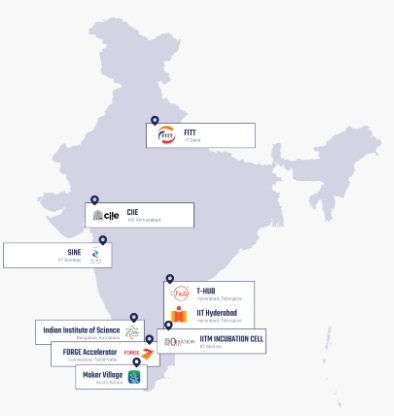 What is the Defence Innovation Organization (DIO)?

iDEX-DIO had launched the Defence India Startup Challenge (DISC) to address problems faced by the Armed Forces, DPSUs & OFB. Start-ups or individual applications are invited to provide solutions to these problems and after rigorous evaluation of the applications, winners receive innovation grants in technological areas through the prototype funding guidelines called Support for Prototype and Research Kickstart (SPARK). This entails provisioning of grants up to a maximum of Rs 1.5 crore to the Start-ups on the basis of milestones through multiple tranches, for prototype development.

The Defence India Startup Challenge (DISC) has been launched under the Ministry of Defence in partnership with  Atal Innovation Mission. The program aims at supporting Startups/MSMEs/Innovators to create prototypes and/or commercialize products/solutions in the area of National Defence and Security. 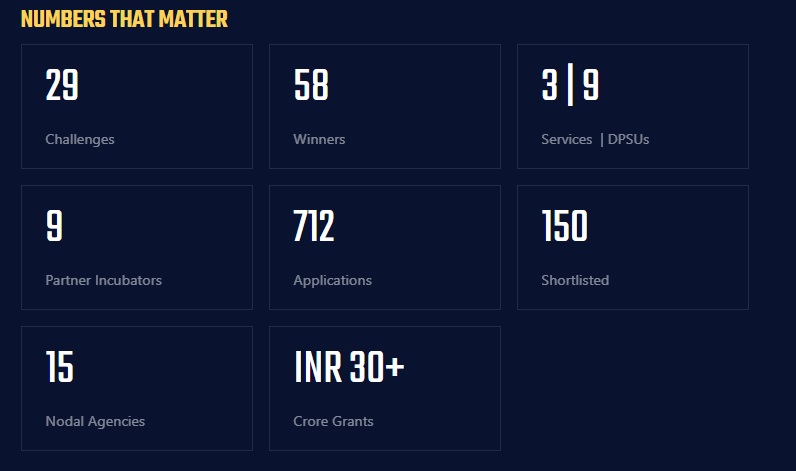 On 4 August 2018, Defence India Startup Challenge (DISC) was launched in Bengaluru by Minister of Defence Nirmala Sitharaman. The innovators, organizations and individuals were presented with eleven 'problem statements' for resolution.

The below-mentioned companies received 'Certificate of Partnership' for helping the Ministry of Defence in discovery, exploration and mentorship of Startups/MSMEs to co-create innovative Defence Technologies.

DISC-II was launched with four 'Problem Statements'in domains such as Avionics, Drones, GPS based equipment and Radars. The innovators were asked to provide for development /incubation of state-of-the-art technological solutions.

On 21 February 2019, 28 applicants were felicitated and awarded ‘Certificates of Recognition’ by Minister of Defence Nirmala Sitharaman.

DISC-III was launched with three 'Problem Statements' received from the Indian Army, Navy and Airforce.

The 'Problem Statements' in DISC-III are as follows:

DISC-IV was launched with eleven 'Problem Statements' and the innovators were asked to submit the resolution latest by 15 December 2020.

The 'Problem Statements' in DISC-IV are as follows:

New Defence Acquisition Procedure 2020: All you need to know

What is the Defence Production and Export Promotion Policy 2020?