What is the Difference Between Bison and Buffalo?

There's often confusion between Bisons and Buffalos. Both oxlike animals often make us doubt our perception. Though these large, horned creatures may look similar, there are key differences that can help you distinguish them from one another. Find out What’s the Difference Between Bison and Buffalo here!

ALSO READ: What Is The Difference Between Soap And Detergent?

What Is The Difference Between Reversible and Irreversible Reaction?

It’s not very uncommon to get confused between a bison and a buffalo as both are large, horned, oxlike animals of the Bovidae family.

What adds more confusion is that despite being a misnomer, buffalo remains a common term used when referring to the American bison in North America.

However, it’s not as difficult to distinguish between them. You can focus on the three H’s: home, hump, and horns, and problem solved! You're a Buffalo and Bison genius now.

Though before declaring that let's dive in a bit deeper and find out what makes these oxlike creatures so different.

What is a Bison?

A bison is a large, wild animal that looks so similar to a cow, just with a larger head and hairy shoulders.

They can be seen roaming in North America.  Though referred to as a buffalo in the United States and Canada, it is only distantly related to the true buffalo. They are known as the large bovines in the genus Bison and in Greek as"wild ox".

What is a Buffalo?

They can be seen grazing or swimming. In the water bodies of sub-Saharan Africa, South Asia, and Southeast Asia. Domestic and feral populations have also been introduced to Europe, the Americas, and Australia. These bubalinans maintain an extensive fossil record found in much of Afro-Eurasia where their remains are discovered.

Are Bison and Buffalo the same?

No, because despite being sometimes referred to as buffaloes, bison are not members of the Bubalina, but are instead classified in the subtribe Bovina.

Types of Bison and Buffalo 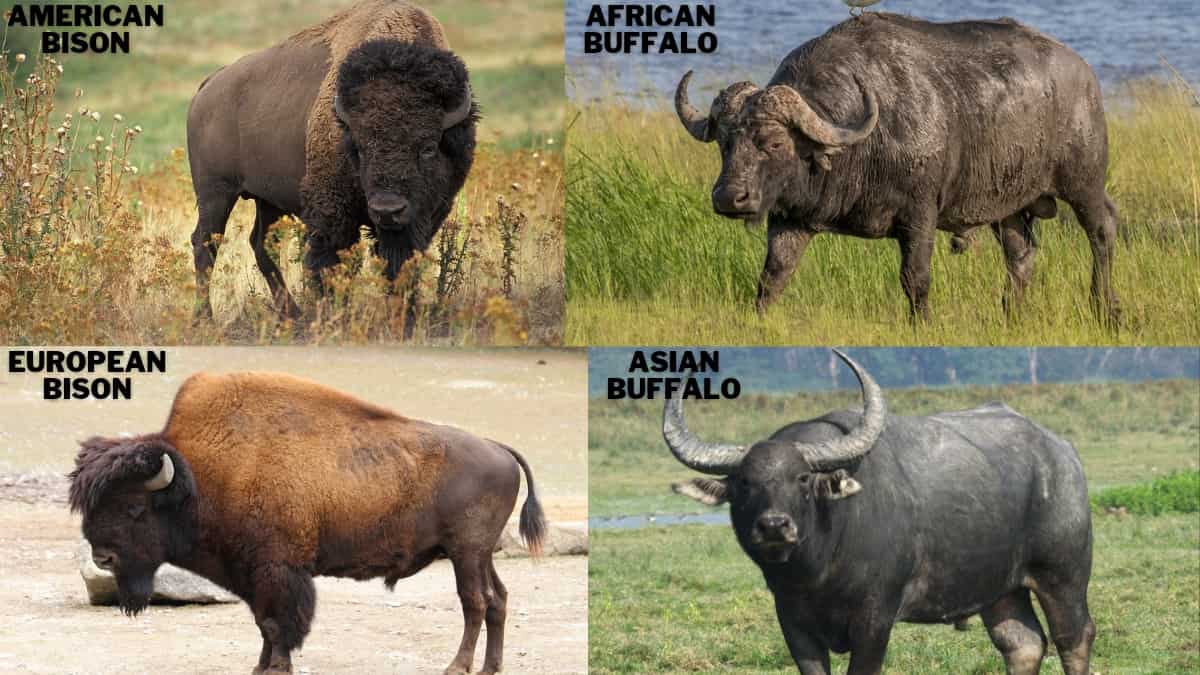 There are two kinds of bison:

This species was extinct in the wild, but was bred in captivity and reintroduced across Europe in the late 20th century.

and two forms of buffalo:

2. African/Cape (Syncerus caffer): A large, dangerous creature found in Africa with broad, curling horns that cover much of the tops of their heads.

Difference Between Buffalo and Bison

Generally speaking, though, it’s clear that bison and buffalo are highly different and rather easy to tell apart when you are looking at their most noticeable differences.

ALSO READ: What Is The Difference Between Yogurt And Curd?

What Is The Difference Between Ice Cream And Frozen Desserts?

Is a Bison the same thing as a Buffalo?

o, buffalo and bison are different species, though they are both in the cow family

What's the difference between a Bison and a Buffalo? (IN SHORT)

Buffalos are smaller and have larger horns compared to their head size. Bison are only found in North America.

Is a bison larger than a buffalo?

Yes, a side-by-side comparison shows that a bison is generally larger than a buffalo, particularly through the head and shoulders. They are also longer.
Get the latest General Knowledge and Current Affairs from all over India and world for all competitive exams.