WHO Funding: USA is the biggest donor to the World Health Organisation (WHO). In FY 2018-19, the USA contributed around US$ 400 million in the assessed fund of the WTO. China's contribution to this agency was US$86 million in 2018-19. Let us know the name of other contributors to the WHO in this article.

About The World Health Organisation (WHO)?

The World Health Organisation (WHO) was established on 7 April 1948 and it is headquartered in Geneva, Switzerland. Currently, it has 194 member countries, while at the time of its founding only 61 countries signed its constitution.

Currently, it has 150 offices in WHO member countries and around 7 thousand employees work in the entire organization. The WHO is part of the United Nations and its main job is to monitor and help solve health problems worldwide or "Better Health for All, Everywhere".

The WHO is responsible for the World Health Report, which carries out a survey of health concerns around the world.

Currently, the organization is working day and night to fight the COVID 19 epidemic around the world, but US President Trump has stopped funding it, accusing it of bias. Now the question arises from where does the WHO get funding and how much funding is received by it annually?

Why USA stopped Funding of The World Health Organisation (WHO)?

In earlier developments on January 28, Tedros, praised the efforts put by the Chinese President Xi Jinping to fight the coronavirus, which was criticized by many countries including USA.

The US President has alleged that if the WHO had pressurised China to share information related to Coronavirus with the world, then 1.25 lac people including 20000 Americans would not have died and the coronavirus would not have spread so much in the world.

Mr. Trump said that when the WHO is not successful in its objectives and the US is not benefited by its functioning, then why should we give it financial assistance of US$400 million to US$500 million dollars every year?

Criticising this US move; UN Secretary-General António Guterres said now is "not the time" to cut funds to the WHO.

"The international community should work together in solidarity to stop this virus,". He further added that "It is my belief that the World Health Organization must be supported, as it is absolutely critical to the world's efforts to win the war against COVID-19."

What is Assessed Contribution to WHO?

The assessed contribution is considered the 'core' funding of the World Health Organization. This fund is used by the organization for running its daily expenses and essential programs.

The highest funding under this category is given by the US which was US$ 400 million in the year 2018-19 and it was 15% of the WHO's annual budget. The second-largest funder is the Bill and Melinda Gates Foundation, which gives 9.8% of the WHO's funds. China's contribution was 86 million dollars in 2018-19. 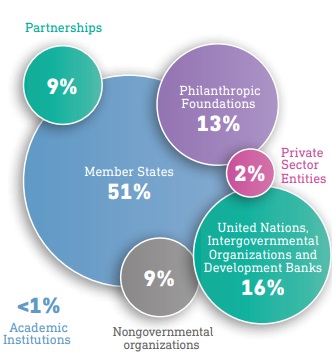 What is the Voluntary Contribution to WHO?

These funds are given by member countries, large institutions and companies and philanthropists. Members who want to donate in this category after their pre-determined assessed contribution can donate as per their own wish.

This voluntary contribution is used by the WHO for some of those specific tasks, for which those funds are given out.
Talking about the figures for the year 2016-17, around 80% of the WHO funds came from voluntary contributions. Only 18% was received through assessed contribution and the remaining two percent came from other sources including co-sponsors (foundations, agencies, individuals and organizations etc.).

Bill Gates and Milinda Gates Foundation contributed the most to the voluntary contribution fund in FY 2018-19 which was 45% of the total fund followed by Germany 12%, United Kingdom 7% and Japan and Republic of Korea 6% -6% respectively. 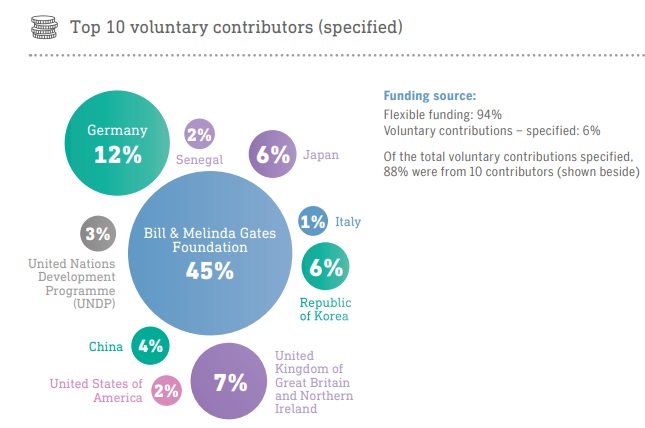 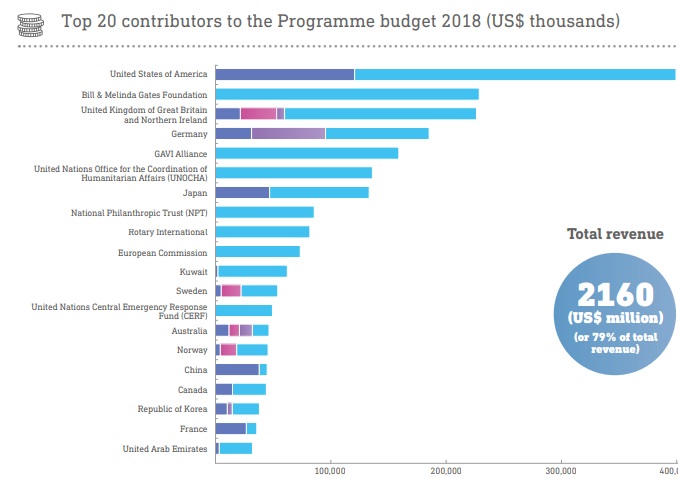 The WHO launched an appeal in March for $675m to help fight the coronavirus pandemic and is reported to be planning a fresh appeal for at least $1bn.

It is clear from the above data that America's contribution to WHO's total funding is very important. If the US does not fund the WHO, there may be some problems in the Corona war, although China has said that it will increase its share and Bill Gates has also promised to continue funding the WHO programmes.

List of Top 10 Export and Import Source of India

How does the IMF give loans to its Members?