Near about 10000 govt jobs have been announced by leading recruiting bodies today (6 December). Govt job aspirants must make much of this opportunity and start applying right away. 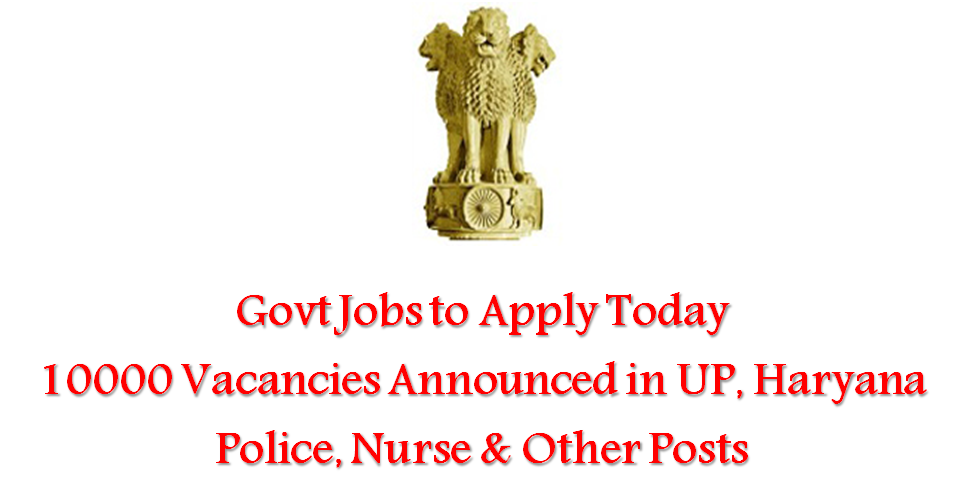 Near about 10000 govt jobs have been announced by leading recruiting bodies today (6 December). Govt job aspirants must make much of this opportunity and start applying right away.

Job vacancies have been announced in Uttar Pradesh Power Corporation Limited (UPPCL) for Office Assistant & Steno posts, as well. Graduates can apply to these posts. With more than 8000 vacancies announced in the State, this is going to be no less than a jackpot for all job aspirants in Uttar Pradesh. Candidates are suggested to go through the eligibility criteria properly and then start for applying right away.

Indian Bank has also released official notification for recruitment of Probationary Officers (324 vacancies). Applications have been invited for 1 year Post Graduate Diploma in Banking and Finance (PGDBF) course to be conducted at Indian Bank Manipal School of Banking (IBMSB) for recruitment of Probationary officer. The Indian Bank in partnership with Manipal Global Education Services Private Limited (MGES), Bengaluru will be conducting PGDBF, to provide training in Banking and Finance to prospective candidates aspiring to join Indian Bank as Probationary Officer.

If you are looking for police constable jobs, you can apply against 521 vacancies in Odisha Police. Odisha SSC has invited applications for recruitment on behalf of the Odisha Police’s to the post for Constable under 9th India Reserve Battalion (Specialized).

Details of all the important recruitments declared today can be found here: