Read an analysis India’s Industrial, corporate and services sector. These sectors of the Indian Economy have a large contribution to the GDP of India. An aspirant must have an analysis of these sectors of Indian economy and also have a greater chance of asking questions in IAS Exam based on such issues.

Here, we have provided an analysis of sectors like Industrial sector, Infrastructure, Corporate and Services sector based on the analysis provided in the Economic Survey 2016-17, which is simultaneously important for IAS Exam. 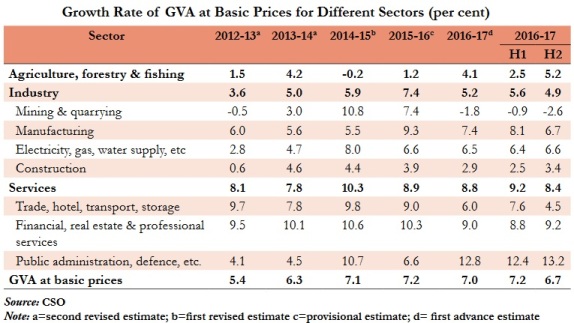 Analysis of Balance of Payments