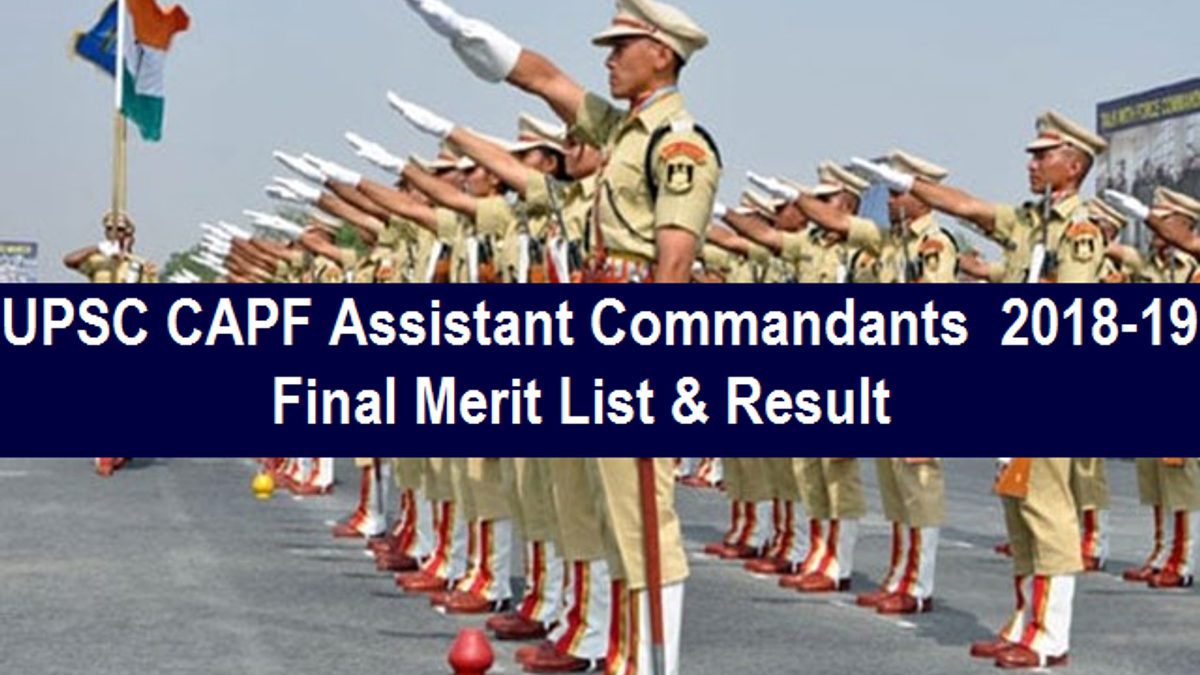 Union Public Service Commission (UPSC) has released a new UPSC CAPF AC 2018 Merit List Result of candidates selected to fill the remaining 50 vacancies in the Central Armed Police Forces (CAPF) as Assistant Commandants (AC) under UPSC CAPF AC 2018 Recruitment. The UPSC CAPF Notification released on 11 May 2020 mentions that the Commission recommends names of 50 more candidates, including 22 General, 24 OBC and 4 SC, to fill remaining vacancies on the basis of UPSC CAPF (ACs) 2018 Exam. These candidates have been selected from the CAPF 2018 Reserve List. Check below the full list of candidates named in the final merit list of CAPF AC Exam 2018 along with their Roll Numbers. Also, have a look at the CAPF Notification.

The UPSC had initially notified a total of 398 vacancies under CAPF AC Recruitment 2018. However, the vacancies were increased to 466 later. Of the total 466 Vacancies, the UPSC had already recommended the names of 416 candidates for appointment in Sashastra Seema Bal (SSB), Central Reserve Police Force (CRPF), Central Industrial Security Force (CISF), Border Security Force (BSF) and Indo-Tibetan Border Police (ITBP). However, 50 more candidates were to be recommended to fill the remaining vacancies in the central armed forces.

Candidates not yet allotted Joining Letters under CAPF AC 2018

When will UPSC CAPF Notification 2020 release?

The UPSC has postponed the UPSC CAPF AC 2020 Notification due to COVID-19. However, it is expected that UPSC may release the notification soon after analysing the situation.