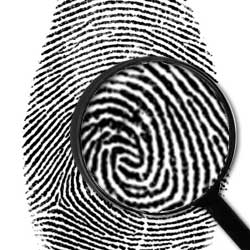 Besides working with police as investigative officers, forensic scientists have plenty of other career options including that of specializing in subjects such as medicine, engineering, fingerprinting, insect study, languages, geology, etc and can work as expert consultants to expand their employability. Freelance jobs for forensic scientists specialising in one segment can be attractively paying. However, there is no doubt about the fact that the market of private employment is limited for forensic science expert and most of the jobs are only in criminal cells of the police department. Forensic scientists possessing expertise in law can work as legal counselors.

Students can explore career in forensic science in the USA and other developed countries where the requirements of such professionals is much more than in India. White collar crimes are being solved by forensic scientists and the US needs a number of such professionals to fulfill the requirement. Forensic Scientists from India can work as medical examiner, crime laboratory analyst, crime scene examiner, forensic engineer, and language expert and evidence enhancer by portraying psychological profiles of habitual offenders as well as doing the analysis of crime scenes, etc.

Though there are plenty of job options for forensic scientists, the major flaw of making a career in it is that most of the jobs come from the government and if someone fails to get a job within a prescribed age there are not many options for such a person; therefore, it seems a tad risky. The work profile or nature of job is tiring which can take toll on the forensic scientist. Working odd and long hours can be difficult. The work of a forensic scientist hovers around the crime scenes which may at times be stressful and emotionally draining. However, stress and emotional distress are part of almost every job so these cannot be considered a constraint to work as forensic scientist.

On the positive side, though, the job is extremely satisfying as one helps in the flow of justice.

Forensic Pathologists: Forensic pathologists determine the time and cause of death in cases of suspected murder or suicide.

Forensic Anthropologists: Those who have a PhD in Anthropology or medical degree with forensic science can work as forensic anthropologists who help in identification of individuals murdered or killed in disasters i.e. plane crashes, explosions, fires, etc and give testimony to  the age, sex, ancestry, stature and unique features of the deceased persons.

Forensic Psychologists: Professionals with a degree in psychology can work as forensic psychologists wherein they assist a court or other fact finders in arriving at a just or correct decision.

Clinical Forensic Medicine Experts: Such professionals possess medical degree and post graduate degree or diploma and work as the examiner of victims of crime and suspects who may have sustained injuries while allegedly committing a crime and reach to specific conclusions pertinent to the crime and timing.

Forensic Serology Experts: These professionals work as analyst and analyze blood groups, blood, and other bodily fluids and do DNA fingerprinting to arrive at a conclusion.

Forensic Chemists: Those who have science degree and specialisation in applied or forensic chemistry can work as forensic chemists wherein they help in the detection and identification of illicit drugs, accelerants used in arson cases, explosive and gunshot residues, trace evidence, including paint, glass, polymers and fibers, etc.

Dactyloscopists: The most commonly known work of Dactyloscopists is to study fingerprints received from the scene of crime and link them with suspects.

Forensic linguists: These professionals analyze the content of written or oral communication and identify criminals particularly in cases of kidnapping where they help in zeroing in on the criminal.

Toxicologist: Professionals with qualification in chemistry or biochemistry work in to help police in the detection and identification of pharmaceutical drugs and poisons, toxin levels, etc. in body.

Tips for Getting Hired

Show the mental strength and capability to handle emotional distress or control on situation as these are the basic traits required in a forensic scientist.

Getting an internship helps in securing oneself a job as most of the organizations prefer someone who has practical exposure in forensic science. There may be little stipend during internship but you should try to see it as a learning phase for better career ahead.

Working as trainee forensic scientist or forensic laboratory technicians could be good start.

What would it Cost Me?

A specialisation course in forensic science in India costs between Rs 2 lakhs to 3 lakhs and most of it is paid towards laboratory fee which is a pertinent feature of the study. Fee may vary depending upon the rating of the college. Forensic Science courses in Central Universities are offered at low fees. Candidates from reserved categories such as SC and ST as well physically handicapped are given heavy discount on fees.

Various merit based scholarships or discounts on fees are offered to outstanding students studying forensic science. Besides there is fellowship program offered to students interested in studying forensic science which is sponsored by the Bureau of Police Research and Development and lasts for three years. The eligibility criterion for the fellowship is that  candidates should either have a 1st or 2nd class Master's Degree in Science or should have passed the UGC conducted CSIR examination. Additionally, the candidate should either be registered or get themselves registered in a course in an Indian University of repute and that too within three months of the announcement of the fellowship.

Most of the job prospects for forensic scientists are in government sector, particularly in various law enforcement agencies such as police, legal system, the investigative services of the central government and state governments. However, some private agencies too offer job opportunities to those who have some qualification in the field.

Forensic science is a crucial element for modern day judicial system wherein a forensic scientist works in close coordination to find out evidence and show the same to courts and helps in solving the case with legally acceptable evidence. In order to reach on to some conclusion a forensic scientist applies various scientific methods and principles in the investigation of criminal cases. Moreover, a keen analysis of the clues collected from a crime scene is fundamental for forensic scientists.

Collecting materials from the crime spot and taking the same to crime laboratory, gathering all clues and converting them into evidences which are admissible in court is crucial job of a forensic scientist. He may be asked to gather physical evidences like blood, saliva, hair, impressions of tyres or shoes, finger prints, foot prints, etc so that the same can be used in furtherance of reaching to some decision on the crime. Besides criminal investigation there are other options including teaching and crime reporter for qualified forensic professionals.

Is it the Right Career for Me?

Any decision on career should not be taken impulsively; rather, a thorough analysis of various pros and cons of it should be done to avoid future hostility. Job profile, nature of job, inherent risks, comparable advantages, future growth prospects, etc should be taken into consideration when analysis is done. Forensic science requires handling lots of pressure from various sides e.g. police, judiciary, administration, etc. Similarly, a forensic scientist is expected to work over time, spend lots of time in investigation, be prepared for scrutinising the evidence found at the crime spot and do many other duties.