9/11: The 9/11 terror attack is the single deadliest terrorist attack in human history, as well as the history of the United States of America.

On the occasion, tributes will be held at the memorial plaza at the World Trade Center site in New York City, in the Washington area and near Shanksville, Pennsylvania, on the field where the flight meant for Washington DC had crashed after its passengers and crew members foiled hijackers’ plan to crash it into the US Capitol, the home of the US Congress.

This year’s commemorations are touched by controversy after US President Donald Trump announced that he had planned a secret meeting with the top leaders of Taliban at the presidential retreat in Camp David. The Taliban had reportedly supported the Al-Qaeda group in Afghanistan. President Trump, however, cancelled the meetings after Taliban masterminded an attack in Kabul that killed one US soldier and 12 others.

On September 11, 2001, four-passenger planes were hijacked by terrorists, believed to belong to the Al-Qaeda terrorist group. All the planes were bound for San Francisco and Los Angeles.

The attacks killed over 3000 people and injured about 6,000 others. Many people died later of cancer and respiratory diseases in the months following the attacks.

The third plane was crashed into the headquarters of US Defence Department, Pentagon in Arlington County, Virginia, which led to a partial collapse of the building's west side.

The fourth plane, which was meant to be flown towards Washington DC, crashed into a field in Stonycreek Township, Pennsylvania, after its passengers thwarted the hijackers.

The 9/11 terror attack is the single deadliest terrorist attack in human history, as well as the history of the United States of America. 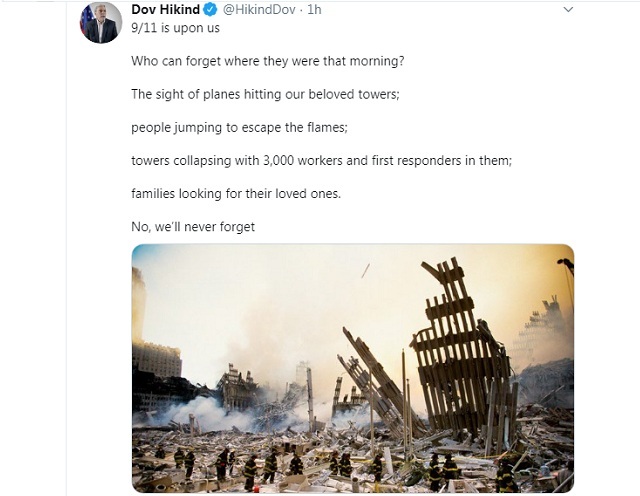 The 9/11 attacks changed the whole dynamics of world politics. The United States launched a war on terror and invaded Afghanistan to weed out Al-Qaeda terrorists and depose Taliban, which had failed to comply with the US demands to expel al-Qaeda from Afghanistan and extradite Al-Qaeda mastermind Osama bin Laden.

Though Osama bin Laden, initially denied any involvement, he claimed responsibility for the attacks in 2004. The al-Qaeda leader cited included US support to Israel, US presence in Saudi Arabia and US sanctions against Iraq as the main motives behind the attack.

The United States located and killed the Al-Qaeda chief, Osama Bin Laden, in a covert operation by SEAL Team Six of the US Navy in May 2011.

The 9/11 attacks had other major repercussions as well, as it divided the world based on religion, giving rise to anti-Muslim sentiment, especially within the United States.

Al-Qaeda: What remains of the terror group now?

The Al- Qaeda that carried out the 9/11 attacks has been reduced to just a shell of its previous self, especially after the capture and killing of Al- Qaeda Chief Osama Bin Laden. Most of the Al-Qaeda leaders are either dead or ailing.

The birth of the Islamic State with its young recruits has also stolen Al-Qaeda’s position of being the world's most feared terrorist organisation.

However, even 18 years after the deadly terror attack, we cannot write off Al-Qaeda completely, as counter-terrorism experts warn that the group is slowly rebuilding itself.

Even before 9/11 attacks, the Al-Qaeda group was virtually unknown. Osama Bin Laden and his deputy Ayman Zawahiri had built the core infrastructure of the Al-Qaida in Afghanistan and Pakistan in the 1990s with the protection of the Afghan Taliban and Pakistan.

The group reportedly survived American invasion of Afghanistan by moving its base to Pakistan. The group is believed to have planned and conducted all its successive attacks such as the Madrid train bombing in 2004 from Pakistan.

Barack Obama’s administration was mainly focused on finding Bin Laden and hitting Al- Qaeda at its core. The government was successful in weeding out Bin Laden and killing him in Abbottabad, Pakistan in 2011.

Though Bin Laden’s deputy Ayman Zawahiri is reportedly still alive, the core of the group is defeated. Osama Bin Laden’s son and assumed heir of the terror group, Hamza was also mysteriously killed earlier this year.

Even the Islamic State has now lost control of most of the ground that it had gained once in Iraq and Syria. The organization is still, however, considered to be one of the deadliest terrorist groups.