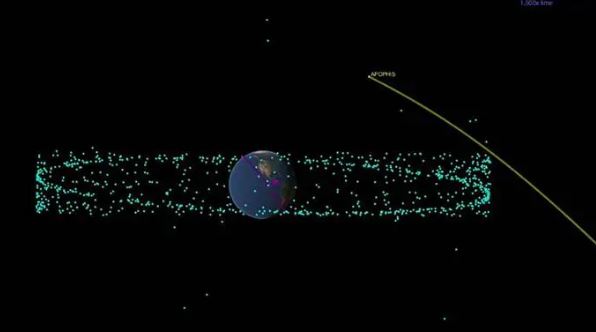 An asteroid named 99942 APOPHIS is on course to pass close to Earth on April 13, 2029. This massive asteroid will be visible to the naked eyes when it passes close to Earth. It is a near-Earth asteroid, which will cruise by Earth in 2029, about 31,000 km above the surface.

99942 Apophis is 340 m (about 1100 ft) wide. According to NASA it is rare for an asteroid of this size to pass Earth so closely. This is one of about 2,000 currently known asteroids roaming in the galaxy. Scientists believed that their observations can help to gain important scientific knowledge to protect our planet in future.

Story 2: Almost half of World Heritage sites could lose their glaciers by 2100: Study

Glaciers are set to disappear completely from almost half of World Heritage sites if business-as-usual emissions continue, according to the first-ever global study of World Heritage glaciers, co-authored by scientists from the International Union for Conservation of Nature (IUCN). The sites are home to some of the world’s most iconic glaciers, such as the Grosser Aletschgletscher in the Swiss Alps, Khumbu Glacier in the Himalayas or Greenland’s Jakobshavn Isbrae.

The study, ‘Disappearing World Heritage glaciers as a keystone of nature conservation in a changing climate’, combines data from a global glacier inventory, a review of existing literature and sophisticated computer modelling to analyse the current state of World Heritage glaciers, their recent evolution, and their projected mass change over the 21st century.