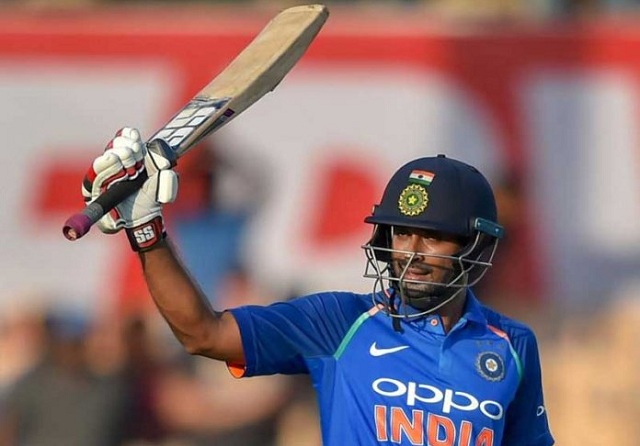 Ambati Rayudu had initially criticized the Indian team selectors for not picking him in India's world cup squad. He had even tweeted saying,"just ordered a new set of 3d glasses to watch the world cup."

The Iceland Cricket's tweet was in response to yet another world cup snub for Rayudu with Mayank Agarwal's call to England to replace Vijay Shankar in the Indian squad. The Iceland Cricket offered Rayudu a place not only in their country but also in their team by tweeting, "Agarwal has three professional wickets at 72.33 so at least @RayuduAmbati can put away his 3D glasses now. He will only need normal glasses to read the document we have prepared for him. Come join us Ambati. We love the Rayudu things." 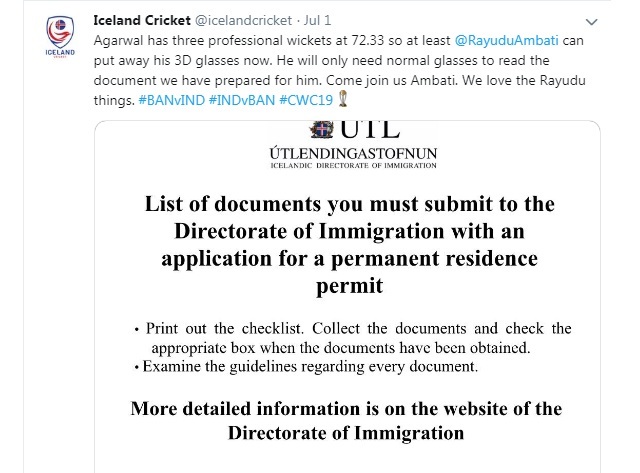 Ambati Rayudu is a right-handed middle-order batsman and a right-arm off break bowler, who also occasionally keeps the wicket. He played for Hyderabad in domestic cricket, and Chennai Super Kings in the Indian Premier League (IPL) .

There were a lot of expections of Ambati Rayudu getting selected for the Indian national cricket team. However, following several cases of disputes with players and state association and his association with the Indian Cricket League (rebel league), he was ignored by the Indian team selectors.

After terminating his contract with the Indian Cricket League, Rayudu returned to domestic cricket in 2009. Ambati Rayudu first found his place in the Indian squad in 2012. He made his international ODI debut in July 2013 against Zimbabwe. Rayudu played his last ODI against Australia in 2019.

Ambati Rayudu has scored a total of 1694 runs in 55 ODIs, which includes three hundreds and 10 fifties, and 42 runs in six T20I matches. Rayudu never got a chance to play Tests for India.