The first successful flight test of NAG missile was carried out in June 2017 in Rajasthan. 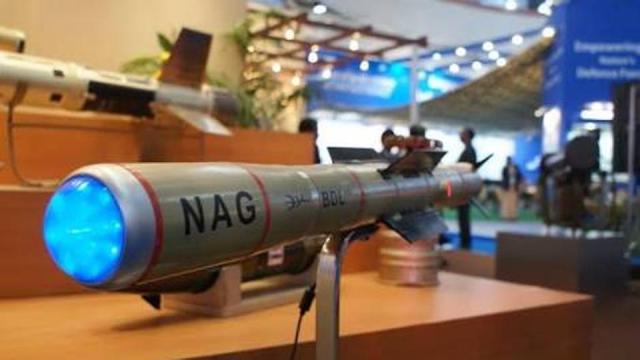 With this flight test, the developmental trials of the missile have been completed and it is now capable to engage targets in different conditions.  It is now ready to be inducted into armed forces.

It was the third flight test of the NAG missile.

• The NAG missile is a third generation “fire and forget” anti-tank missile.

• Developed by DRDO under the Integrated Guided Missile Development Programme (IGMDP), the missile can be launched from both land and air-based platforms.

• Its helicopter launched version is known as Helicopter-Launched NAG (HELINA) that can be fired from Dhruv Advanced Light Helicopter (ALH) and HAL Rudra attack helicopter.

• The land-based version of the missile is at present available for integration on the Nag missile carrier (NAMICA).

• It is equipped with highly advanced Imaging Infrared Radar (IRR) seeker and has integrated avionics technology in its arsenal.

• It possesses advanced passive homing guidance system and has been designed mainly to destroy modern main battle tanks and other heavily armoured targets.