The PCBA in its closure notice stated that the company had nonchalantly violated the provision of law in force causing pollution to the environment. 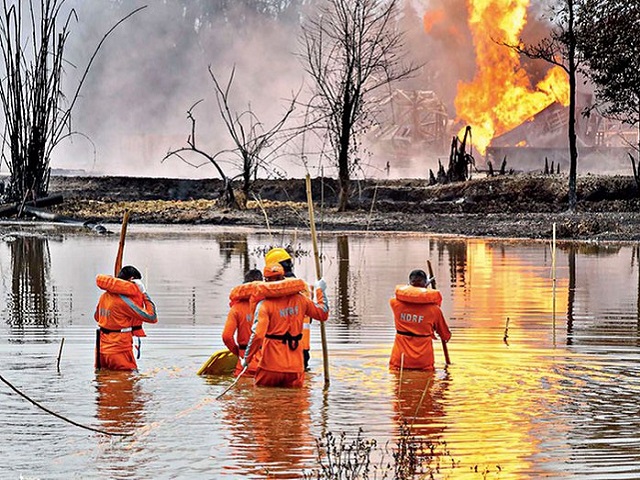 The Pollution Control Board Assam (PCBA) has issued a closure notice to Oil India Limited (OIL), directing the oil production company to close down all its production and drilling operations in Baghjan Oil Field.

Assam Pollution Control Board served a Closure Notice directing OIL to close down all production & drilling operations of all installations of Baghjan Oilfield forthwith. OIL is intending to file a Writ Petition before Gauhati High Court challenging the order: Oil India Limited pic.twitter.com/Yh6VRE5Y7y

This came after PCBA refused an extension of time for reply to the show-cause notice issued to OIL on June 10, 2020.

• The PCBA in its closure notice issued to the Resident Chief Executive OIL stated that the company had nonchalantly violated the provision of law in force causing pollution to the environment.

• The notice stated that the recent gas leak incident and the subsequent blast of fire was due to "negligence and carelessness of the authority of M/s OIL Duliajan towards the safety of people's life and property in neighbouring areas as well as towards protection of the environment".

• The notice further stated that OIL did not obtain prior permission or clearance from the Ministry of Environment, Forest and Climate Change as well as the PCBA as required under the 'Environment Impact Assessment (EIA) Notification-2006'.

• The notice also stated that the company did not obtain prior consent from PCBA to establish and operate its oil activities at Baghjan. It had also been operating without any Effluent Treatment Plant (ETP).

• The notice also noted that the Baghjan oil field is just 500 metres from the Maguri-Motapung Beel, which is a part of the 'Eco-Sensitive Zone' of the Dibru-Saikhowa National Park that was affected severely.

• The aquatic life of the national park was also affected including endangered species without any mitigation measures.

• The notice also slammed the oil company for failing to submit its annual report regularly under Section 9 of the 'Hazardous & other Waste (Management & Trans-boundary Movement) Rules-2016.

Oil India Limited is expected to approach the court to move a petition against the notice.

A massive fire had erupted at a leaking natural-gas oil well owned by Oil India Limited in Assam’s Tinsukia district on June 8, 2020. The oil well, part of Baghjan oil fields, had reportedly been leaking gas since the last 14 days after it suffered damage following a blowout on May 27.

The oil leakage and subsequent fire reportedly caused grave damage to the region’s wetlands and biodiversity. The Baghjan oil well is right next to the Dibru-Saikhowa National Park and about just a km away from Maguri-Motapung wetland.

The extent of the fire was contained after 48 hours and its spread to the nearby village was cut off. However, it was still not doused. Over 1600 families were evacuated from nearby affected areas and camped at relief camps. OIL announced an immediate compensation of Rs 30,000 per affected family.