BharatNet Project: Govt to provide free WiFi to all villages till March 2020 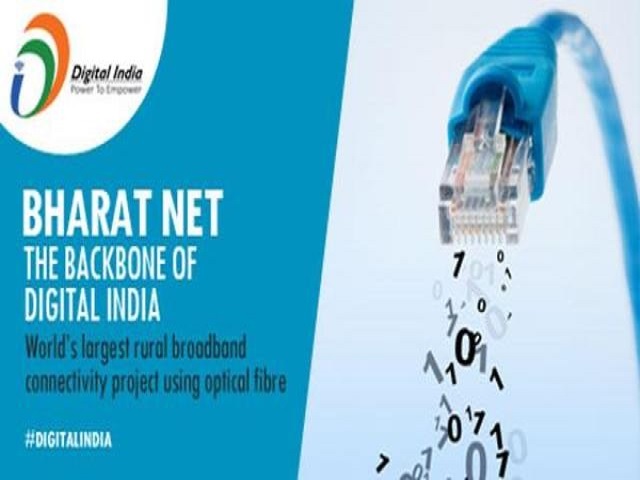 BharatNet in News: Union Minister for Electronics and IT Ravi Shankar Prasad recently said that free WiFi will be provided to all the villages across the country through BharatNet by March 2020. Currently, 48,000 villages have been connected via BharatNet project.

BharatNet Project
• BharatNet Project was earlier known as OFC (Optical Fiber Communication Network) Project.
• BharatNet project aims to connect more than 2.5 lakh Gram Panchayats with high-speed broadband through the optical fiber at affordable prices.
• It will provide broadband speed from 2 to 20 Mbps.
• It is proposed to provide broadband connectivity for government institutions at the district level.
• A broadband connection will be routed through an optical fiber. If it is not possible through optical fiber then wireless and satellite networks will be used.
• Internet connections will be provided free of cost in schools, health care centers and skill development centers.

Status of BharatNet Project
Union Minister Ravi Shankar Prasad said that we have connected 1.3 lakh Gram Panchayats with BharatNet optical fiber. The government has successfully completed the second phase of the BharatNet project. Bharat Net is being used through BSNL, CSB, SPV, TSP, and ISP to provide WiFi service in Gram Panchayats. Now, the third phase of BharatNet will be started that will ensure providing state-of-the-art, future-proof networks, including fiber between districts and blocks.