During the review meeting, Chief Minister Nitish Kumar held non-performing teachers responsible for the worsening education system in the state. 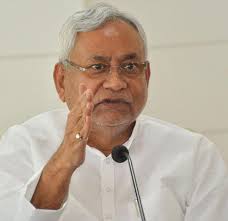 The Bihar Government on 3 August 2017 informed that it has decided to compulsory retirement to the non-performing head masters, teachers and education department officials above the age of 50 years.

The Chief Secretary Anjani Kumar Singh said the state government is in process of identifying non-performing institutions and all those responsible for the poor show will be given compulsory retirement. He informed that those teachers having failed thrice in assessment test would be removed or will be given compulsory retirement, as per government norms.

Reason behind such a decision

The action was taken after the poor show of students in matric and intermediate exams of the state in 2017. The results highlighted the worsening education system of the state.

Aim: The action was taken with an aim to improve results in matriculation and intermediate.

Besides, the government has also asked the Bihar School Examination Board (BSEB) to work out changes with greater emphasis on multiple choice questions.

The Chief Secretary said the government will also go in for the merger of two or more schools in the same building in urban areas. The surplus teacher will be relocated elsewhere for rationalisation.