Bullock Cart Racing to remain banned in Maharashtra until rules are out: Bombay HC

The Bombay High Court has passed an order, restraining the Maharashtra state government from granting permission to bullock cart racing until the government has framed rules to govern the same. 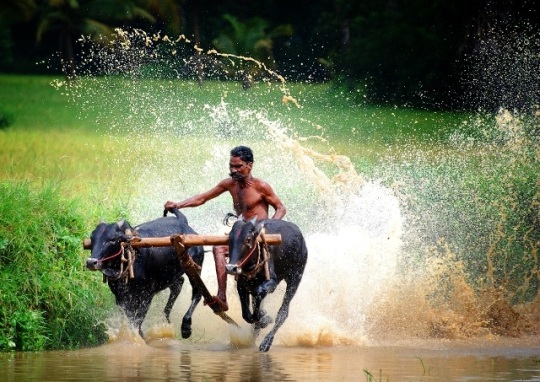 The Bombay High Court on 16 August 2017 restrained the Maharashtra state government from granting permission to bullock cart racing until the government frames rules to govern the same.

The decision was taken by a bench of justices including Chief Justice Manjula Chellur and Justice N M Jamdar. The bench stated that permission cannot be granted to the sport as the government had till date not framed rules for its functioning, as it had assured in the amendment to the Prevention of Cruelty to Animals Act.

The decision was announced while hearing a PIL filed by a Pune resident, Ajay Marathe, who brought to the court’s notice a bullock cart race that was to be organised in his district the following day. The petition sought to put a stay on the race.

The speaker on government’s behalf, Abhinandan Vagyani, informed the court that the draft rules were ready and have been uploaded on the government's website for inviting suggestions and objections from persons concerned.

Further, the bench directed the government to file an affidavit within two weeks in response to the petition.

In April 2017, the Maharashtra assembly passed the Prevention of Cruelty to Animals (Maharashtra Amendment) Bill, a legislation for the resumption of bullock cart racing across the state, following Tamil Nadu’s enactment of law regularizing Jallikattu, a traditional bull taming sport.

The Bullock race, which is a popular sport in the rural areas of Maharashtra, was banned in 2014 on the grounds that it caused pain and suffering to bullocks.

State Animal Husbandry Minister Mahadev Jankar had then said that the amendment was being made to the central act, the Prevention of Cruelty to Animals Act, in view of the vital role of the bullock cart race in preserving and promoting tradition and culture.