Researchers believe that the stretch of 2,500 km long river contains microbes that may promote ‘antibiotic resistance’. 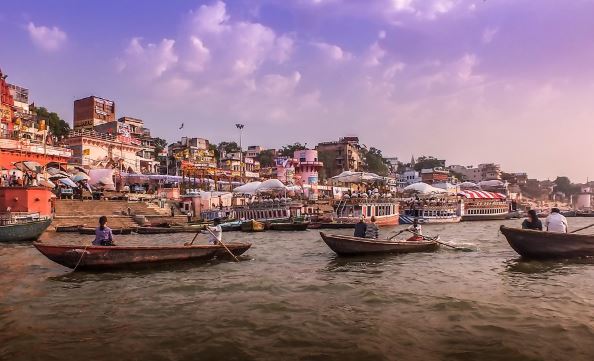 The Central Government has recently commissioned an Rs. 9.3 Cr study to review microbial diversity along with the entire length of the Ganga. Researchers believe that the stretch of 2,500 km long river contains microbes that may promote ‘antibiotic resistance’.

The project will be undertaken by the National Environmental Engineering Research Institute (NEERI), (Nagpur), Motilal Nehru Institute of Technology (Allahabad), and Sardar Patel Institute of Science & Technology (Gorakhpur) along with genome sequencing start-ups - Phixgen and Xcelris Labs. This project is expected to be completed in the next two years.

Objective of the project is:

• To indicate the type of "contamination" in the river;
• To identify "threat to human health" from antibiotic resistance;
• To identify the sources of a type of bacteria living in the gut of animals and humans, called the Escherichia Coli.

Some institutions have already done several studies to examine the microbial diversity in Ganga. However, no such detailed study has looked at the entire length of the river. Union Water Resources Ministry had commissioned a study in April 2019 to probe the “unique properties” of the river Ganga. According to the research done by the Union Department of Biotechnology and the UK Research Council in 2017, India has some of the highest antibiotic resistance rates among bacteria that cause infections.

Antibiotic Resistance is when bacteria develop the ability to survive exposure to antibiotics designed to kill them. According to the World Health Organisation (WHO), it is one of the biggest threats to global health, food security, and development. Antibiotic resistance results in longer hospital stay, higher medical costs and increased mortality rates. Antibiotics can dissolve in the soil, water and the environment at large, giving microbes further opportunity to build up resistance. The United States has recently published a report, it was mentioned that the rise in antibiotic resistance could kill 10 million people by 2050 in India.