China's ruling Communist Party has paved the way for Xi Jinping to remain in power indefinitely in an unprecedented move. 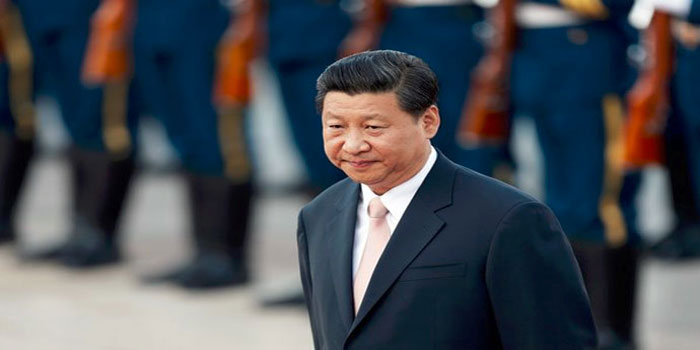 China on February 25, 2018 paved the way for third consecutive term of President Xi Jinping by proposing removal of 2-term limit for President.

The proposal was made by Communist Party of China (CPC) through amendments to China's Constitution. It proposed that the President and the Vice-President shall not be constitutionally restricted to two consecutive terms in office.

The proposal was raised to the Standing Committee of the National People's Congress (NPC). It will be approved at an annual meeting of parliament that will be held on March 5, 2018.

A secured position for Xi Jinping

Xi Jinping, who is serving his second consecutive five-year term, can now continue beyond 2023.

Xi was named as the President of China in 2012. His first five-year term as president came to an end in 2017.

Impact of such propaganda push

If China clears the deck for this proposal, it could change the country’s political course, securing Xi Jinping’s place as the most powerful leader after Mao Zedong, who ruled China for more than three decades beginning in 1976.

Other amendments suggested by Communist Party of China

• CPC proposed that Xi’s political theory 'Xi Jinping Thought on Socialism with Chinese Characteristics for a New Era' should be written into the Constitution.

• Besides, it also called for the formation of the National Supervisory Commission as a constitutional entity.

• It proposed inclusion of patriots devoted to national rejuvenation as part of the patriotic united front in the Constitution.

• It proposed mention of building of a community with a shared future for humanity into the Constitution.

• It called for inclusion of pledging allegiance to the Constitution into the fundamental law.

• It proposed to list ecological advancement as a new function and power of the State Council, or cabinet.