The Citizenship Amendment Bill 2019 to be presented in the Rajya Sabha today. It can be a tough task for the ruling party. 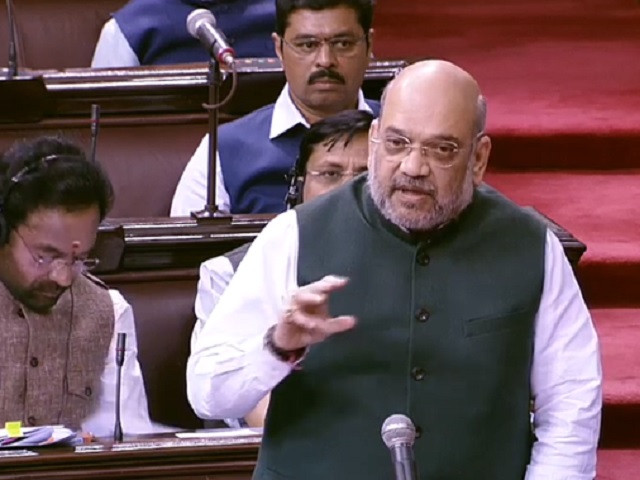 Citizenship (Amendment) Bill 2019 will be tabled in the Rajya Sabha today. Earlier, it was passed in Lok Sabha on December 9 after a long debate. Now, this bill has to be introduced in Rajya Sabha. The BJP has issued a whip for its Rajya Sabha MPs for December 10 and 11.

There are a total of 245 MPs in Rajya Sabha. Although the current number of MPs is 240. In such a situation, the support of 121 MPs is needed to get a majority on the Citizenship Amendment Bill. The BJP has 83 Rajya Sabha MPs. It means that the BJP will have to get the support of other 37 MPs in the Rajya Sabha.

The bill was approved by 311 votes in the Parliament while 80 MPs voted against the bill. The BJP has issued a whip for its party's Rajya Sabha MPs for December 10 and 11. It is being speculated that the central government will try its best to pass this bill in Rajya Sabha also.

The biggest concern of the opposition parties is that it specifically targeted the Muslim community. Opposition parties said that this is a violation of Article 14 of the Constitution, which speaks of the right to equality.

Who are illegal migrants?

According to the Citizenship Act, 1955, illegal migrants cannot get citizenship of India. The people, who have entered India without valid travel documents like passports and visas or have come to India with valid documents but stay here longer than the period mentioned therein, are considered as illegal migrants under this law.

What are the provisions for illegal migrants?

According to the Citizenship Act, 1955, illegal migrants can either be kept in jail or sent back to their country under the Foreigners Act, 1946 and the Passports (Entry into India) Act, 1920. But in 2015 and 2016, the central government has made some amendments in the laws of 1920 and 1946. It exempted Hindus, Sikhs, Buddhists, Jains, Parsis and Christians from Afghanistan, Bangladesh and Pakistan to stay in India. It means that if people belonging to these communities live in India without valid documents, then they can neither be imprisoned nor deported. This exemption has given to those religious groups who have reached India on or before 31 December 2014.