Coronavirus Outbreak in India: Thirty two states and Union territories have declared a complete lockdown as the country recorded its ninth death linked to the highly contagious coronavirus.

Coronavirus Lockdown in India: Thirty two states and union territories have now announced a complete lockdown in India, covering a total of 560 districts, to tackle the rapid spread of novel coronavirus. This was announced by the Union Government on March 24, 2020.

According to the Indian Council of Medical Research, 75 new cases have been reported during the last 24 hours and the death toll has gone up to nine. Some states and UTs including Maharashtra, Punjab and Delhi have imposed a curfew to force people to stay at their homes and not venture out. 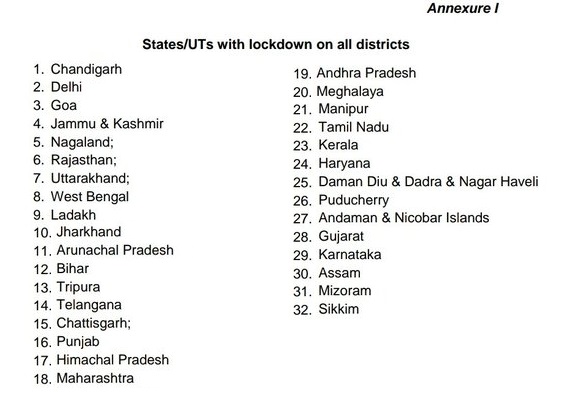 The Indian railways also announced the suspension of its service throughout the nation. In a first, Mumbai local also suspended its service to combat and stop novel coronavirus from reaching stage III of local transmission. Many states including Delhi have also imposed Section 144 to stop people from crowding together.

What is Complete Lockdown?

According to media agencies, the lockdown that has been imposed on several cities across India is meant to restrict movement of people and curb the social gathering to enforce social distancing among the citizen. This would in turn break the chain of transmission of Coronavirus. However, during the lockdown period, essential services will be available to the citizens. Simply put, people involved in providing essential services i.e. medical, financial, media, daily necessities will be able to carry on with their professional duties while ensuring social distancing guidelines.

Lockdown across various cities in India has been imposed under the Epidemic Diseases Act, 1897. In case of outbreak of an epidemic, this act empowers the district administration to seal the borders of the district to check the spread of the disease. When a lockdown is announced, the movement of people is restricted and no person from outside is allowed to enter the area which is under lockdown.

What is allowed and banned during a Lockdown?

List of states under Complete Lockdown due to Coronavirus

With rising number of cases, state government across the country have announced lockdown in several districts and cities. These include National Capital Delhi, for which Delhi Chief Minister Arvind Kejriwal announced a complete lock down after a high-level meeting. In addition to this, Rajasthan government has announced complete lockdown across the state while in Gujarat several major cities including Ahmedabad, Surat, Rajkot and Vadodara have been under lockdown.

The 30 states which have been fully locked down are: