US delegation is in North Korea to arrange Singapore Summit: Donald Trump

The decision to cancel the summit took place after the United States witnessed the repeated use of sharp words from the North Korean government about the American officials. 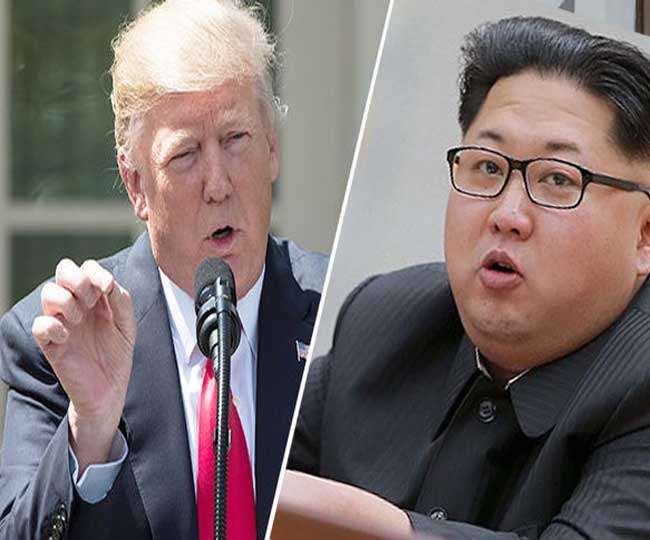 US delegation is in North Korea to arrange Singapore Summit: Donald Trump

US President Donald Trump on May 27, 2018 announced that a US delegation is in North Korea to make arrangements for the Singapore Summit, a clear sign the summit between Donald Trump and North Korea leader Kim Jong Un is back on track.

The delegation includes Sung Kim, US Ambassador to the Philippines; Randall G. Schriver, the Assistant Secretary of Defence for Asian and Pacific Security Affairs; and Allison Hooker, Director for Korea on the White House's National Security Council.

On the other hand, Kim Jong Un met Choe Son Hui, an experienced North Korean diplomat who specialises in the country's relationship with Washington, regarding the arrangements of the summit.

The meeting, which is scheduled to be held on June 12, 2018, will mark the first face-to-face encounter between a sitting US President and a North Korean leader.

The announcement comes after Trump stated on May 25, 2018 that he remains open to hold the Singapore Summit with Kim Jong Un. The lines of communication between the United States and North Korea regarding reinstating the June 12 summit, reopened after Trump suddenly cancelled the summit following the harsh statements from North Korea in which they threatened not to attend the summit.

US President Donald Trump on May 24, 2018 cancelled the historic Singapore Summit with North Korean leader Kim Jong Un, accusing North Korea of ‘tremendous anger and open hostility’. The cancellation of the Summit came after North Korea made a show of blowing up the tunnels at its nuclear test site.

What led Trump to cancel the Singapore Summit?

• The decision to cancel the summit came after the United States witnessed the repeated use of sharp words from the North Korean government about the American officials.

• The North Korean Vice-Minister of Foreign affairs on May 23, 2018 slammed the US Vice President Mike Pence as a "political dummy".

• This verbal attack against Pence was not the only reason to the cancel the summit; it was just the latest one in the series of other harshly worded statements.

• Earlier in May itself, North Korea cancelled a planned meeting with South Korea and threatened to pull out of the Singapore Summit because of the ongoing US-South Korean military exercises.

• Despite such statements, Trump and his aides insisted for planning the summit and a logistics team was sent to Singapore to finalise the details with North Korea officials. Moreover, a commemorative coin was stamped by military aides labelling Kim as the "Supreme Leader."

• However, this specific and personal targeting of Pence and exchange of harsh words irked US officials to cancel the meeting.

Trump's decision to cancel the summit was seen as the country’s withdrawal from the diplomatic developments with the North Korea. It is just one among the several withdrawals made my President Trump.

Two weeks ago on May 8, 2018,  Trump announced the US withdrawal from the landmark 2015 nuclear deal with Iran, which had lifted all US, EU, UN sanctions on Iran that crippled its economy and cut its oil exports roughly in half. In exchange for sanctions relief, Iran had agreed to limit its nuclear program and reduce its uranium enrichment activities.

Earlier, Trump has withdrawn the US from UN’s migrant and refugee pact, Trans-Pacific Partnership (TPP), Paris Agreement on Climate Change and UNESCO.