The US space command will defend America’s vital interests in space, the next war-fighting domain. 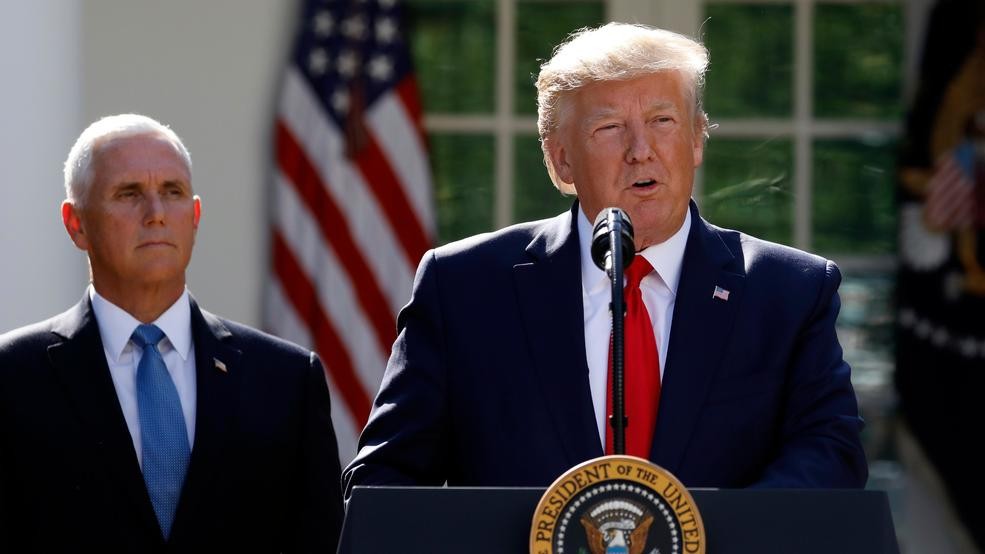 US President Donald Trump launched the US Space Command on August 29, 2019. Trump announced the establishment of the space command as the newest US military combatant command in a ceremony at the Rose Garden, White House.

Trump announced that the establishment of the Space Command is a landmark moment for the United States, as it recognises the centrality of space to America’s national security and defence. He highlighted that it opens another chapter in the extraordinary history of the United States Military.

The US space command will defend America’s vital interests in space, the next war-fighting domain.

Trump stated that just as the US recognized land, air, sea and cyber as vital war-fighting domains, it will now treat space as an independent region overseen by a new unified geographic combatant command.

He continued by saying, “The dangers to the United States constantly evolve and so must we. Our adversaries are weaponising earth’s orbits with new technology, targeting American satellites that are critical to both battlefield operations and the way of life in America.” 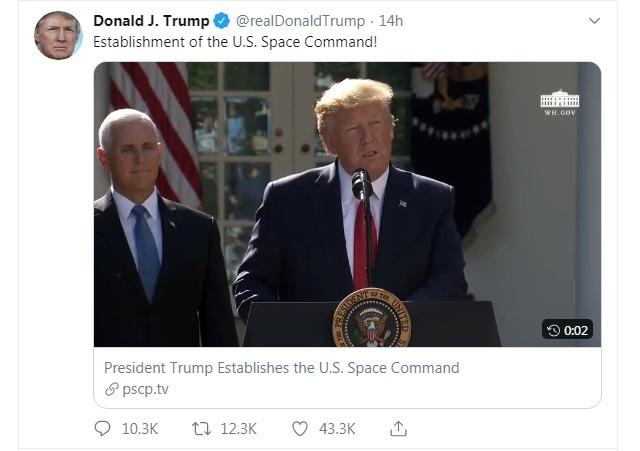 Trump further added that the US freedom to operate in space is essential to detecting and destroying any missile launch against the US. The announcement comes amidst a space race and the growing threat of Russia and China in outer space.

The US Space command will be the 11th combatant command, the first one to be created in more than a decade.  The space command will ensure that America’s dominance in space is never questioned and never threatened.

The command will be led by Air Force Gen. John Raymond. Under his leadership, the space command will boldly deter aggression and outpace America’s rivals.

The US President pointed out that General Raymond has led and commanded space operations at every level in the US Air Force for over 35 years. He has successfully integrated space capabilities to make America’s military even stronger and to pave the way for a new era of National Defence.

A massive budget of 738 billion USD has been approved by Congress and the money will be used to build the most advanced equipment anywhere on earth. Trump stated that the equipment will be something that nobody could have conceived even two years ago. “It is very necessary and hopefully we will never have to use it,” he added.

The United States combatant commands were developed to join the branches of the US armed forces in common cause across diverse fields of battle.