The new police reform order comes in the wake of rising Black Lives Matter protests across the US against the death of African American George Floyd in police custody in Minneapolis.

Donald Trump to sign new police reform orderUS President Donald Trump will sign a new executive order seeking police reforms on June 16, 2020. The order will seek to improve the treatment of African Americans and others by police officers by improving credentialing, training and mental health resources.

The new order comes in the wake of rising protests across the United States against the death of African American George Floyd in police custody in Minneapolis. The protests were further intensified after the fatal shooting of 27-year-old Rayshard Brooks in Atlanta by a police officer. Atlanta Police Chief Erika Shields stepped down from her post a day after the fatal tragedy and the police officer involved in the shooting was fired.

The protests to end racism especially against African Americans have translated into an organised movement called “Black Lives Matter”, which has spread like wildfire across the United States and continues to spread across the world. The protests also turned violent in some areas, accompanied by vandalism of public places and historical statues including that of Mahatma Gandhi and Winston Churchill. 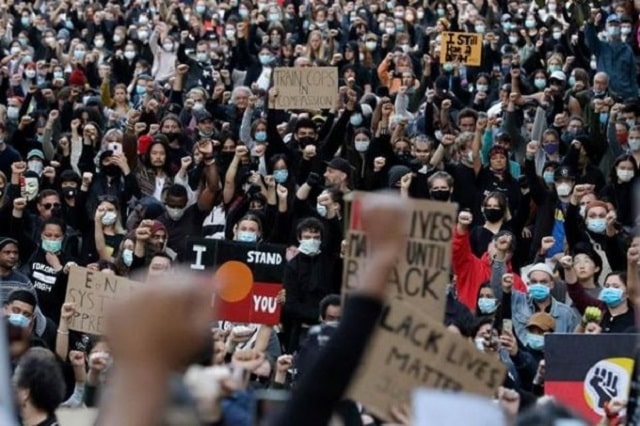 • The order will encourage police departments to employ the latest standards for use of force and improve information sharing so that police officers are not hired without proper background verification.

• The US President said that they are going to be talking about things that they have been watching and seeing for the last month and have some solutions.

• Trump is expected to officially sign the order at an event that will see participation from law enforcement officials and families of people who have been killed by police.

The protestors have been calling for defunding of the police departments. Trump’s administration has provided a contrast by stating that instead of defunding the police, they are looking to invest more and incentivise best practises.