Eastern Economic Forum: The Prime Minister announced that India would be giving 1 billion dollar worth 'Line of Credit' for the development of the Far East.

While speaking at the Eastern Economic Forum, the Prime Minister made a landmark announcement. The Prime Minister announced that India would be giving 1 billion dollar worth 'Line of Credit' for the development of the Far East. This is the first time that India would be giving line of credit to an area of another country. PM Modi said that his government's 'Act East Policy' has actively engaged East Asia and he believes that India's credit line offer would serve as a take-off point of 'Act Far East'. The move would also add a new aspect to India's economic diplomacy and help strengthen India's cooperation with friendly nations in the region.

PM Modi further said that India and Russia's friendship is not restricted to just governmental interactions in capital cities but it is, in fact, about the people and close business relations. PM Modi said that he and Russian President Vladimir Putin have kept ambitious targets for cooperation between the two countries. He said that the two nations have agreed to add new aspects to their relations by extending their cooperation to the private industry, states and regions.

PM Modi announced that he and Putin have decided to start a new phase of cooperation in the Indo-Pacific Region. Towards this, the two leaders have agreed to a proposal to establish a maritime link between Chennai and Vladivostok.

PM Modi said that when ships begin to sail on the maritime route, it will open a new chapter in the history of cooperation between India and Russia and the relations between the two countries will deepen further. The Prime Minister said that it will open a new era of peace and progress in the Indo-Pacific region. 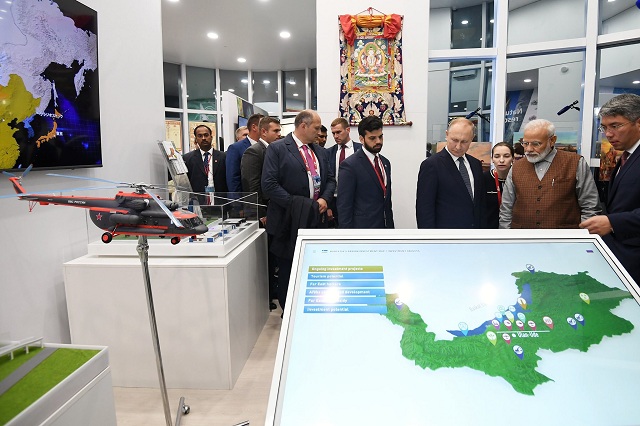 Prime Minister Narendra Modi held bilateral interactions with the leaders of Japan, Malaysia and Mongolia on the sidelines of the 5th Eastern Economic Forum at Vladivostok.

PM Modi first met Japanese PM Shinzo Abe and held in-depth discussions on a wide range of subjects such as strengthening ties in areas including trade, economy, defence, security, 5G and also exchanged views on the regional situation. The two leaders also spoke about bettering trade and cultural relations between India and Japan. 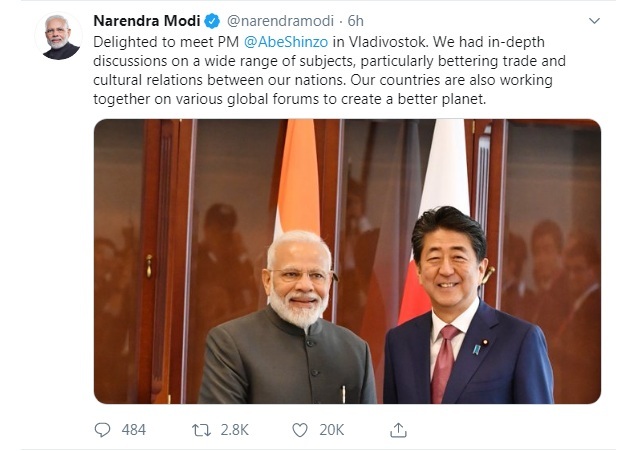 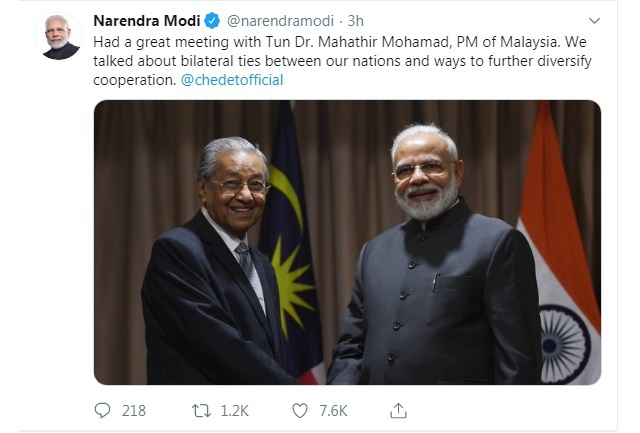 PM Modi also met Mongolian President Khaltmaagiin Battulga and reviewed the full range of bilateral ties between India and Mongolia and deliberated on ways to enhance cooperation for the mutual benefit of the people of the two nations. 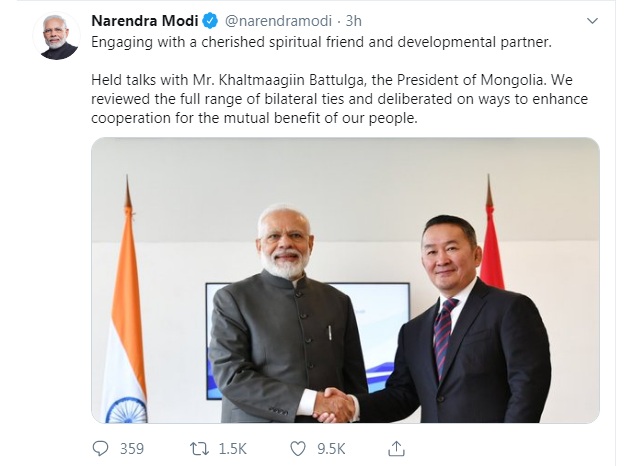 Currently, 17 countries including Japan, China, Australia, Republic of Korea, New Zealand and Vietnam invest in the Russian Far East region. According to the EEF website, since 2014, almost 32 per cent of all FDI into Russia has come to this region.