The much-awaited FIFA U-17 World Cup kicks off today with four opening day matches to be played in Delhi and Mumbai. The opening matches would be played by teams in Group A and B. This is the first time that India will be participating in a FIFA World Cup. 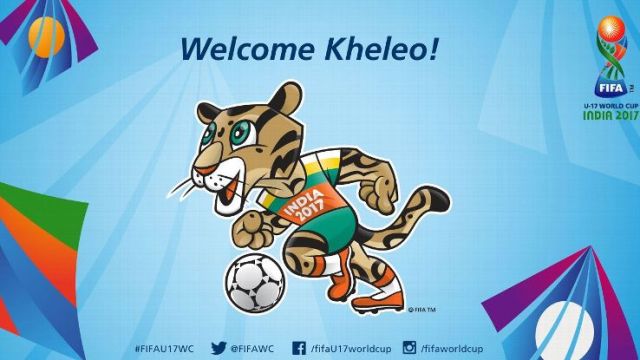 The much-awaited FIFA U-17 World Cup kicks off today, 6 October 2017 with four opening day matches to be played in Delhi and Mumbai.

The opening matches would be played by teams in Group A and B. In Delhi, the inaugural match would be played between Group A teams Colombia and Ghana at Jawahar Lal Nehru Stadium, followed by hosts India who would take on team USA in the second match.

In Mumbai, Group B team New Zealand would be taking on Turkey in the first game at DY Patil stadium in Navi Mumbai, followed by Paraguay against Mali.

• This is the first time that India will be participating in a FIFA World Cup.

• In all 24 countries from six confederations are participating in the youth tournament.

• The total number of matches are 52, which will be held in six cities – New Delhi, Kochi, Kolkata, Margao, Navi Mumbai and Guwahati - across the country.

• The football extravaganza is expected to attract viewership from all over the globe, almost up to 200 million.

• The Indian U-17 team is going to create history, as it will be the first time ever that a team representing India will participate in a FIFA-organised world tournament, let alone the Under-17 World Cup.

• India’s first match is against the United States of America, which is known for its man-to-man marking.

• Overall, India is placed in a tough group – Group A, along with USA, Colombia and two-time champions Ghana.

• Though USA are the clear favourites in the group, India would have the advantage of playing on its home ground. India’s is going into the historic tournament with a 21-man squad names of whom are as follows: