US President Donald Trump pressed the G7 group to reinstate Russia as a permanent member of the grouping. 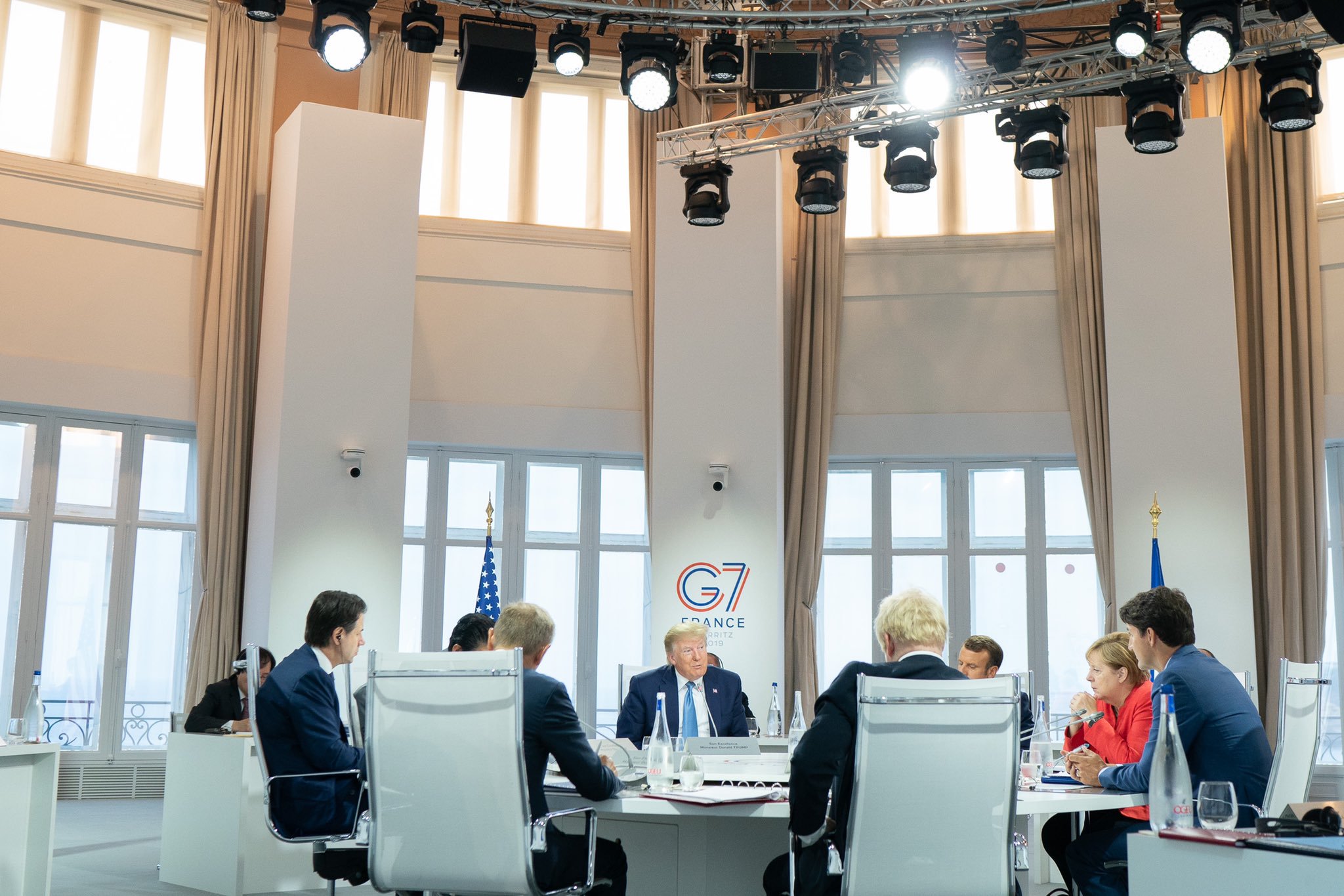 The G7 summit concluded on August 26, 2019 at Biarritz, Nouvelle-Aquitaine, France. No joint communique was issued at the end of the summit but host country President Emmanuel Macron released a statement saying that the seven industrialised nations were committed to open and fair world trade and global economic stability.

US President Donald Trump closed this year’s G7 summit with a press conference that touched upon issues include trade, Iran, climate change and Russia.

Following are the key takeaways from the G7 summit:

US President Donald Trump pressed the G7 group to reinstate Russia as a permanent member of the grouping, saying it would be better to have Russia inside the group than outside. However, no consensus was reached on whether or not to invite Russia to the next year’s G7 summit in the United States. French President Emmanuel Macron said that he and German Chancellor Angela Merkel would be organizing a summit in the coming weeks with the Russian and Ukrainian leaders to obtain results on the Ukraine crisis.

2. Trump open to talks with Iran

Donald Trump said that he was open to meet Iran’s President under the right circumstances to end the confrontations over the 2015 nuclear deal and that talks were underway to see how countries could open up credit lines to keep Iran’s economy afloat. Trump, however, ruled out compensating for losses suffered by Iran and made crippling sanctions.

The statements came after French President surprised the world leaders by inviting Iran’s foreign minister to Biarritz for talks on the stand-off between US and Iran but Trump declined to meet with him.

Macron also stated that Iranian President Hassan Rouhani had told him he was open to a meeting with US President Donald Trump. Trump, during a press conference, said that it was realistic to envisage a meeting with the Iranian head of government in the coming weeks. Both the leaders will be attending the UN General Assembly in September 2019.

3. Trump opens doors to a possible trade deal with China

The G7 leaders had expressed concern during their summit meeting that trump’s trade war with China could spiral outward and called for a sensible resolution.

However, US President Donald Trump in a welcoming move opened the path for a possible trade deal with China following days of an intense trade war. Chinese Vice Premier Liu He, who has been leading the talks with the US, stated on August 26 that China was willing to resolve the trade dispute through "calm" negotiations and opposed any increase in trade tensions. Trump welcomed the positive gesture and said that he believed China was sincere about wanting to reach a deal and said he had great respect for the fact. Trump also hinted that talks will continue on the matter.

The US-China trade war has had a damaging effect on the global economy and overall GDP.

The G7 summit this year laid increasing focus on climate change amid a backdrop of the burning Amazon, a month after the Earth recorded its hottest month ever.

However, US President Donald Trump who claimed to be an environmentalist in a press conference later notably skipped the climate crisis meeting of the G7. Trump defended his absence saying that the US wealth is based on energy exports and he is not going to lose it on dreams.

Indian Prime Minister Narendra Modi while interacting with the media alongside US President Donald Trump said that all issues between India and Pakistan are bilateral and that is why India does not don’t want to trouble any third country. Modi reiterated that India and Pakistan were together before 1947 and he was confident that the two nations can discuss and resolve these issues bilaterally. 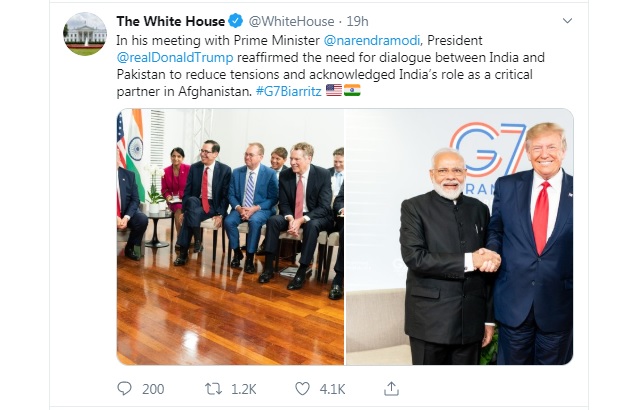 The G7 leaders confirmed the existence and importance of the Sino-British Joint Declaration of 1984 on Hong Kong and called for violence to be avoided.

US President Donald Trump vowed to work out a very big trade deal, bigger than ever with the United Kingdom after Brexit. The US president stated that the British would lose the anchor around their ankle after leaving the EU. 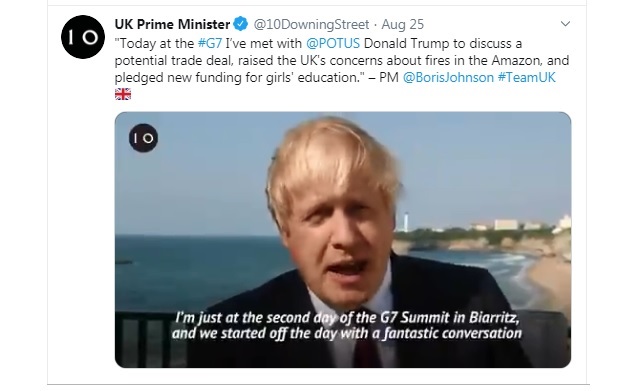 US President Donald Trump announced locking of a new trade agreement with Prime Minister Shinzo Abe of Japan. The deal aims to secure market access for several American agricultural goods and Japan has agreed to purchase large sums of corn from the US.