Google for India 2019 announced that Google Pay for Business app and Jobs Spot on Google Pay will be new features in its services. 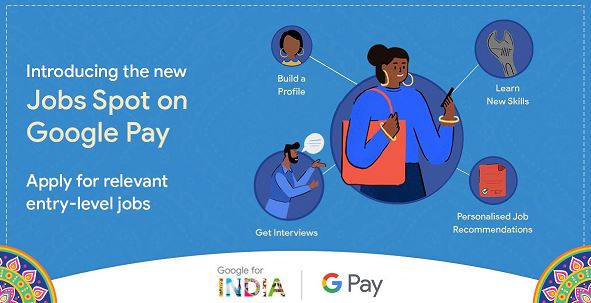 Google for India 2019 event has announced various new services exclusively for the Indian users. Google has announced new jobs platform and a business app. According to the announcement at Google for India 2019, Google Pay has achieved a huge success in India from 17 million to 918 million users in just two years. Now, a job search feature will also be added in Google Pay service.

• Google has launched the entry level jobs search platform – Jobs Spot at Google Pay. This feature will be given exclusively to Indian customers.
• Entry level job can be searched from here. The company has said that it is for basic jobs.
• There will be an option of jobs in Google Pay, from where you will be able to use it.
• One will be able to create a profile and write own experience here. Once complete, it can be downloaded like a CV.
• For this purpose, the Google has partnered with Skill India. Skill India programme graduates will get a digital badge so that the employer can get enough information about them.
• It was also announced that by 2020 about 400 million people will search jobs on the internet. 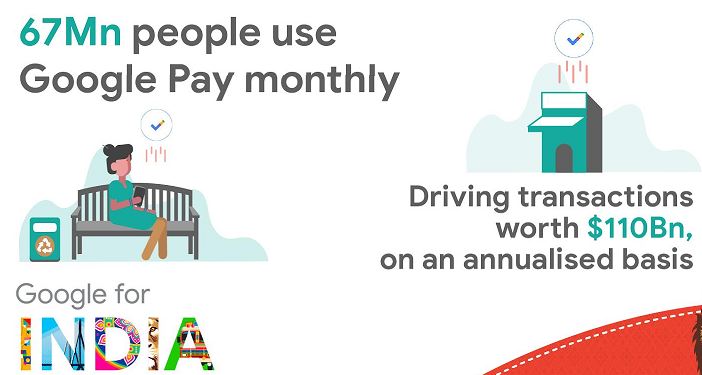 Google for India 2019 has also announced that an Artificial Intelligence lab will be established in Bengaluru. This initiative will help to advance fundamental computer science research in India. Several academic institutions and Google India Research will also collaborate across the country.

Skill India Programme was launched by PM Narendra Modi in the year 2015 with an aim to train more than 40 cr people by 2022. The National Skill Development Corporation India (NSDC) was established to provide various training campaigns under the Skill India programme. Numerous initiatives of the government like PMKVY, National Skill Development Mission, and Skill loan scheme are included under the Skill India Programme.