The Union Government has issued a moderate flood warning in 11 states of India after Met department forecasted heavy to very heavy rainfall in the next 48 to 72 hours. 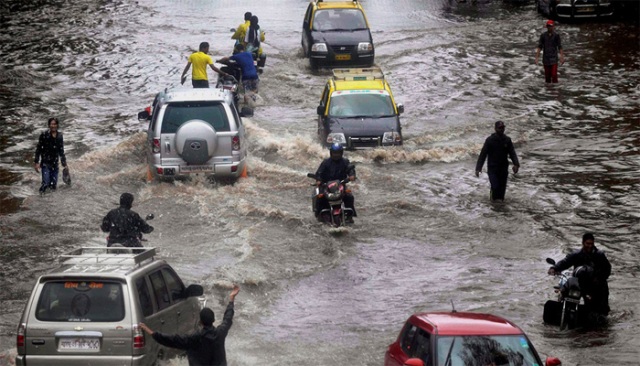 The Union Government has issued a moderate flood warning in 11 states of India, keeping in view the forecast by Met Department, which predicts heavy to very heavy rainfall in the next 48 to 72 hours.

The department has also warned of more heavy intermittent spells in the next few hours in Mumbai and its satellite cities where ceaseless downpour has brought life to a standstill.

The body’s Regional Meteorological Centre in Mumbai has predicted heavy to very heavy rainfall over the next three days in districts of North Konkan including Greater Mumbai, Thane, Palghar and Raigad.

According to the department, the continuous downpour is likely to lead to a rise in water level of Mahi, Sabarmati, Banas, Godavari, Krishna, Tapi, Cauvery rivers and their tributaries, resulting in moderate flooding.

While the situation struggles to be normal in the flood-ravaged states of Bihar and Assam and some areas of Uttar Pradesh and West Bengal, the uncalled natural disaster has picked its new victim, India’s financial capital-Mumbai.

The city was brought to a halt on 28 August after extremely heavy rain crippled its transport system and caused severe water logging in many of its areas.

The rain is reported to be the worst the city has witnessed since July 2005 when it was devastated by floods.