ICC Women’s T20 World Cup Final 2020: India, which was appearing for its maiden World Cup final, bundled up for 99 in 19.1 overs after its top order crumbled under pressure. 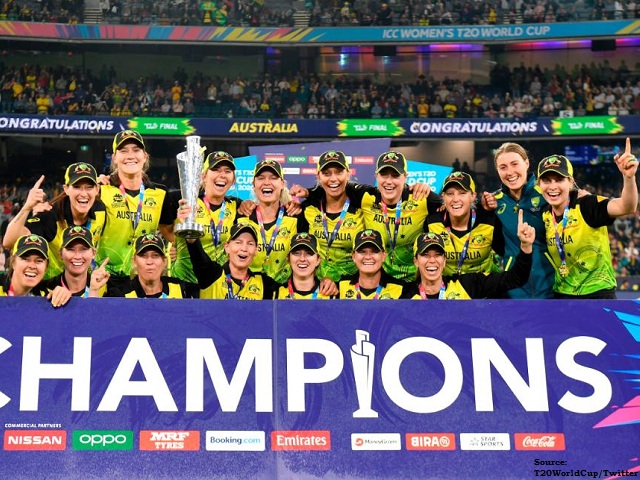 The Defending Champions were on a roll right from the beginning when they won the toss and opted to bat first. Australian openers Alyssa Healy and Beth Mooney put on a great show with both getting fifties and stacking up over 100 runs for the first wicket. While Beth Mooney remained not out till the end, Healy had to depart for 75.

Deepti Sharma gave India the much-needed breakthrough by taking two wickets in a single over and restricted Australia to 184/4 at the end of 20 overs. However, Australian bowlers performed exceptionally well by restricting India to 18/3 in 3.1 overs.

India’s top order failed to pull through with Shafali Verma getting out at 2, Smriti Mandhana getting out after scoring 11 runs and Jemimah Rodrigues getting out for a duck.  Indian Skipper Harmanpreet Kaur also departed for 4 runs before the end of the first six overs. Wicket-keeper Taniya Bhatia had to retire hurt after she was hit on the helmet with a delivery from left-arm spinner Jess Jonassen. 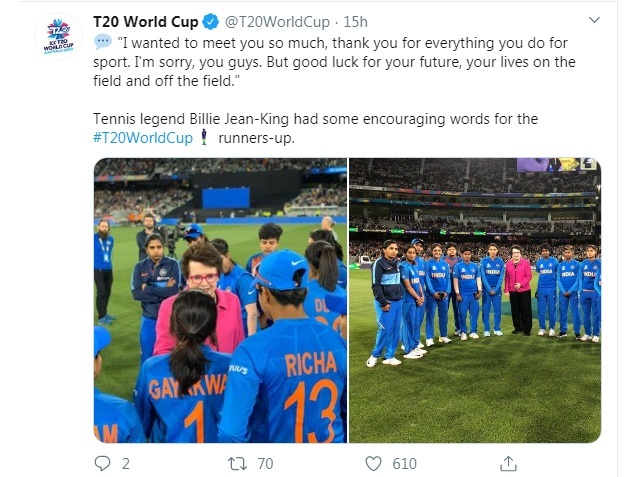 India, which was appearing for its maiden World Cup final, bundled up for 99 in 19.1 overs. Deepti Sharma was the highest scorer for Team India with 33 runs, followed by Veda Krishnamurthy who scored 19 and Richa Ghosh who made 14 runs. 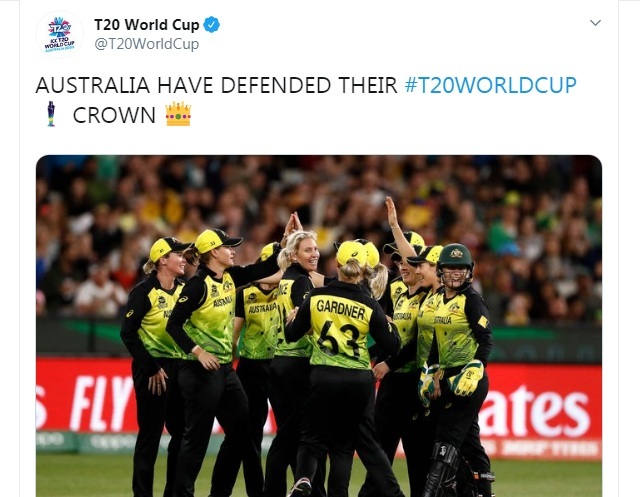