It is the largest project undertaken by India under its Lines of Credit programme. The funding was announced by Prime Minister Narendra Modi during his visit to Ulan Bator in 2015. 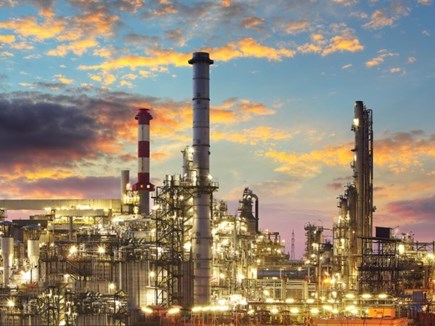 India on May 14, 2019 extended USD 1 billion Line of Credit to Mongolia to set up its first-ever petrochemical refinery at Sainshand in Dornogobi Province.

The line of credit will be implemented with Exim Bank funding. It is the largest project undertaken by India under its Lines of Credit programme. The funding was announced by Prime Minister Narendra Modi during his visit to Ulan Bator in 2015.

• The work on petrochemical refinery officially began in June 2018 during the visit of Union Home Minister Rajnath Singh to Mongolia.

• The refinery will be built at the cost of around USD 1.25 billion, of which, USD 1 billion will be provided by India as a line of credit.

• The capacity of the refinery will be 1.5 million metric tons per annum.

• Diesel and gasoline will be the primary products of the refinery, while the Liquefied Petroleum Gas (LPG), fuel oil and jet fuel will be produced as secondary products. These products could also be sold to China.

Mongolia has ample of oil fields that produce enough crude for its requirements. Yet, the country imports all of its finished petrochemical products and exports almost all of its crude oil due to no refinery in the country.

Once completed, the refinery will significantly reduce Mongolia’s import dependence and will ensure energy security. This first petrochemical refinery will also cut country’s dependence on Russian fuel to some extent.

Recently, Maria Fernanda Espinosa, the incumbent President of the General Assembly held an informal interactive dialogue with Muhammad-Bande, who is expected to be elected to UNGA by acclamation on June 4, 2019.

The information was shared by Ambassador Syed Akbaruddin, India's Permanent Representative to the UN.

• Tijjani Muhammad-Bande is an academician, administrator and career diplomat.

• He had served as the Vice-Chancellor of the Sokoto’s Usman Danfodiyo University and as the Director General of the National Institute of Policy and Strategic Studies in Kuru.

• He served as the Vice-President of the UN General Assembly during its 71st session in 2016.

• He has been bestowed with the ‘Officer of the Order of the Federal Republic’ (OFR), one of Nigeria’s highest national honours.