As per the report, Investors, based in the US, rank India the highest in terms of intention to invest. This could be a result of PM Modi’s ‘Make in India’ initiative, which aims to boost investment in India’s manufacturing sector. 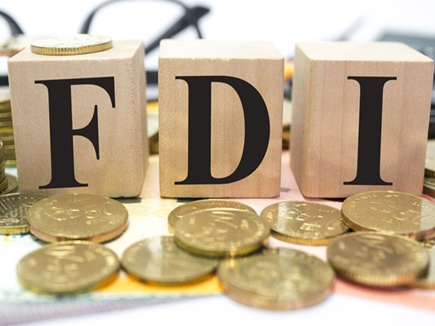 Global consultant AT Kearney on May 3, 2018 released the Foreign Direct Investment (FDI) Confidence Index 2018, an annual survey which tracks the impact of political, economic and regulatory changes on the FDI preferences of Chief Executive Officers (CEOs) and Chief Financial Officers (CFOs) of the country.

The United States (US) topped the index, followed by Canada at 2nd and Germany at the 3rd place.

The index ranked India at 11th spot, three places down from the previous year. In the year 2017, India was ranked 8th. It is the first time since 2015 that India has been pushed out of the top 10.

However, India retained its position as the second highest ranked emerging market on the Index. A variety of recent reforms by the Union Government have made the country more business friendly, such as the abolition of the Foreign Investment Promotion Board (FIPB) in 2017 and liberalisation of FDI thresholds for the retail, aviation and biomedical industries.

Overall, India remains among the top investment destinations due to its market size and rapid economic growth. As per the report, Investors, based in the US, rank India the highest in terms of intention to invest. This could be a result of PM Modi’s ‘Make in India’ initiative, which aims to boost investment in India’s manufacturing sector.

Japan, the US, the UK and Singapore consistently serve as large sources of FDI for India.

• The United States topped the index for the sixth year in a row.

• The top five countries in the Index remain the same like the previous three years, but their relative positions have shifted. These top 5 countries are the United States, Canada, Germany, the United Kingdom and China.

• China falls three spots to 5th place this year, the lowest ranking of the country in the history of the Index.

• Switzerland and Italy entered the top 10 for the first time in more than a decade, pushing out India and Singapore to 11th and 12th spots, respectively.

• The newcomers to the Index are all European countries- Denmark (20th), Portugal (22nd) and Norway (23rd).

• The countries, that appeared on the 2017 Index but do not appear this year, are all emerging markets: Thailand, the United Arab Emirates and South Africa.

• Investors are interested in developed markets across all regions including Europe, North America, Asia, and Australasia.

• Around 80 percent of investors believe FDI will become more important for corporate profitability and competitiveness in the next three years.

• Around 95 percent of investors conduct business in North America, any changes in or termination of the North American Free Trade Agreement (NAFTA) would reshape the FDI patterns.

The AT Kearney Foreign Direct Investment (FDI) Confidence Index, created in 1998, is an annual survey of the business executives that ranks countries which are likely to attract the most FDI in the next three years.

The Index is calculated as a weighted average of the number of low, medium and high responses to questions on the possibility of making a direct investment in a market over the next three years.