Cricket Australia has finalised four venues for hosting India vs Australia test series that is scheduled for later this year. 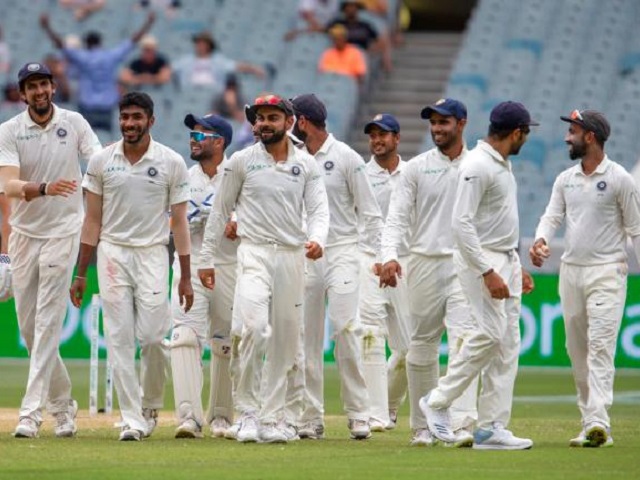 Laying rest to speculations, Cricket Australia has finalised four venues for hosting India vs Australia test series that is scheduled for later this year.

There was confusion earlier on whether the India-Australia series will go ahead or not due to the ongoing COVID-19 pandemic. While the outbreak is still rising exponentially in India with more than 1,58,000 confirmed coronavirus cases, Australia has the outbreak largely under control with just 7,137 total cases.

Cricket Australia seems to be undeterred in the face of the crisis and it looks to have worked out a potential schedule for the Border-Gavaskar test series.

• The first test of the Border-Gavaskar series will be hosted by Brisbane from December 3 to December 7, 2020.

• The second Test will be a day-night match and it will be played at Adelaide from December 11-15.

• The third test match, the traditional Boxing Day Test, will be played at Melbourne.

This announcement lays rest to earlier reports that India vs Australia tests will be played at one venue.

It was reported earlier that the Australian government is looking to make travel exemptions for the Indian team’s Test series Down Under later in 2020.

The test series is important to save the Australian cricket board, which is reeling under huge financial stress due to global lockdown. Cricket Australia stands to lose a staggering amount of 300 million Australian dollars if the series does not happen.

The Border-Gavaskar Test Series will be the first major series played by Australia and India post COVID-19 lockdown. India had last toured Australia in January 2019, when the visitors had defeated the hosts 2-1 in the four-match test series.

Australia will, however, restart its cricket season by playing a pink-ball test against Afghanistan in Perth from November 21-25. This will be the first test between the two nations. The dates, however, are yet to be fully finalised by Cricket Australia. The cricket body is expected to announce the full schedule for men’s and women’s cricket for 2020-21 summer on May 29, 2020.

Australia is also the host of the T20 Men’s World Cup in October-November this year. While the preparations for the tournament are underway, it is yet unclear whether the tournament will take place as per schedule or will it be postponed in the wake of coronavirus pandemic. The ICC had recently confirmed that no decision has been taken yet on the postponement of the T20 World Cup and preparations are still going on.