The newly inducted squadron of Sukhoi-30MKI is armed with 2.5 ton air-launched BrahMos Missile, which is capable of striking targets at a distance of 300 KM. 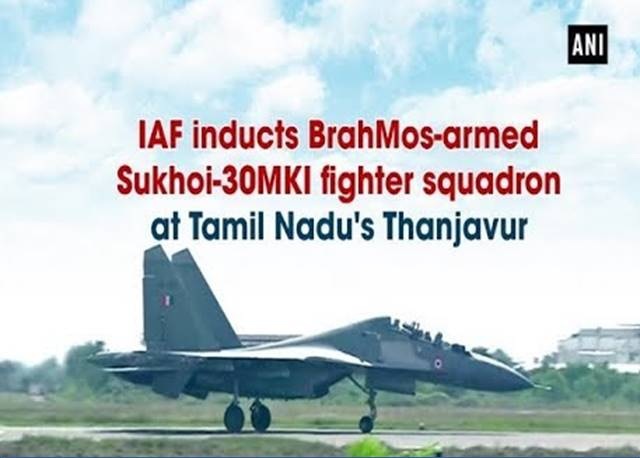 The induction ceremony of the 222 'Tigersharks' fighter squadron was held at Thanjavur airbase. As per a report by ANI, the new squadron inducted by IAF is armed with the 2.5-ton air-launched BrahMos Supersonic Cruise Missile which is capable of striking targets at a distance of over 300 KM with pinpoint precision.

Decision to Augment India’s Defences in IOR: The decision to induct Sukhoi-30MKI equipped with BrahMos Missile at Thanjavur airbase in Tamil Nadu is a strategic one, aimed at augmenting India’s position in the Indian Ocean Region (IOR). Many defence experts have termed the move as a direct response to Chinese warships which are frequently sighted and tracked by the Indian Navy in the region.

Equipped with BrahMos Missile: The newly inducted squadron of Sukhoi-30MKI is armed with 2.5 ton air-launched BrahMos Missile. The supersonic cruise missile is capable of striking targets at a distance of 300 KM.

About Su-30 MKI Aircrafts: According to an IAF release, Sukhoi-30MKI aircraft inducted by the IAF is a state-of-the-art all-weather multi-role fighter aircraft capable of undertaking varied air defence, ground attack and maritime missions.