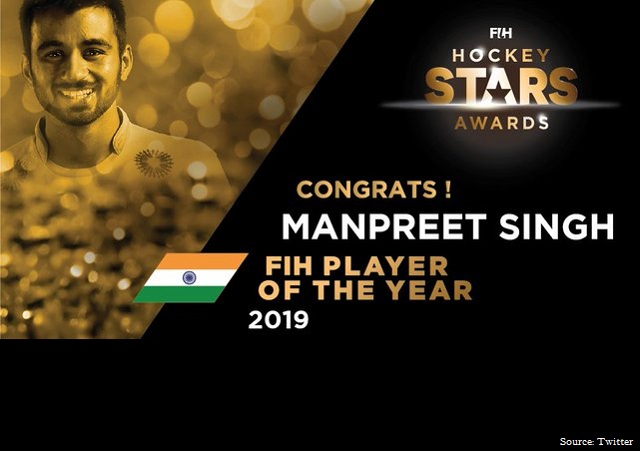 Manpreet Singh, Indian men’s hockey team captain was named the Player of the Year 2019 by the International Hockey Federation (FIH).

Manpreet Singh has become the first Indian to be awarded with FIH’s Player of the Year award since its introduction in 1999. He beat Belgium's Arthur van Dorren and Argentina’s Lucas Villa to win the honour with 35.2 percent of combined votes. 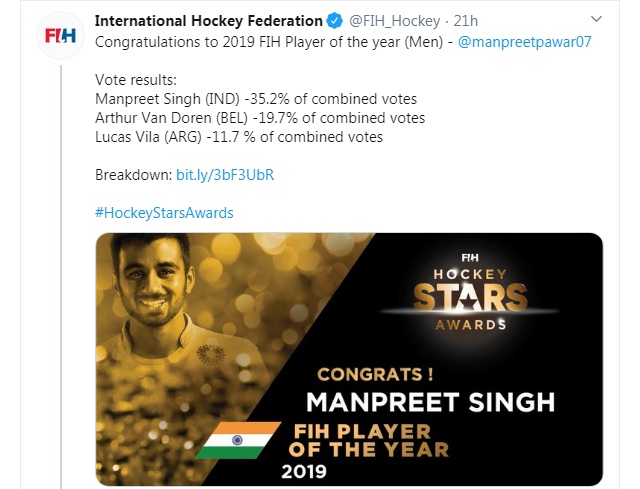 Manpreet Singh made his debut in the Indian National Hockey Team in 2011. Since then, he has played over 260 matches for the national team.

In 2019, he had captained the Indian team to victory in the FIH Olympic Qualifiers, securing a spot for India at the Tokyo Olympic Games 2020. Manpreet represented India at the Olympics previously at the 2012 London Olympics and 2016 Rio Olympics.

He will now lead the Indian Hockey team in the FIH Hockey Pro League.