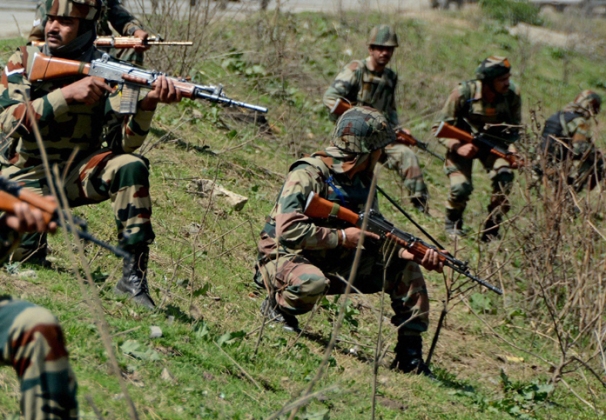 INDRA 2019: The bilateral military exercise between India and Russia started at Babina (near Jhansi) recently. This military exercise is being held under the aegis of the United Nations (UN) aimed at combating terrorism and insurgency.

INDRA 2019 is scheduled to be held between 10-19 December 2019 at Babina (near Jhansi), Pune and Goa. In this exercise, mechanized contestants, combat and transport aircraft and ships of the armed forces of India and Russia will participate.

Key Highlights
• The exercise will include a five-day training phase with a comprehensive training course.
• It will include strategic operations such as the Cordon House Intervention, defusing of IEDs, curbing arms smuggling by sea route and measures to combat piracy will be practiced.
• This training phase will be followed by a 72-hour verification exercise.
• INDRA-2019 will conclude on December 19 with a demonstration of the power of integrated warfare and the closing ceremony.
• The objective of this exercise is to enhance the coordination of the two armies in maintaining peace and security under the aegis of the United Nations.

Benefits
• The armies of both countries will understand the best practices used by each other.
• This exercise is an example of mutual coordination between the two armies to achieve a common goal.
• There will be training exercises on the land, sea and in the air during the Indo-Russian joint combat exercise.
• The joint exercise will prove to be a milestone for future military exercises taking place all over the world.
• It is even more important that both countries have achieved this feat when India and Russia are celebrating 72th anniversary of the India-Russia friendship.

It was organized for the first time in 2017. About 900 military personnel of the Indian army and 1000 troops of Russia participated in INDIRA 2017. INDRA 2017 was an important event for the two countries because both armies were celebrating the 70th anniversary of military friendship.