INS Ranjit to be decommissioned on May 6; India drops to 5th spot in ICC T20I Rankings - Current Affairs

Missile destroyer, INS Ranjit will be decommissioned on May 6 at the naval dockyard at Visakhapatnam in Andhra Pradesh, after having served the Indian Navy for 36 years. INS Ranjit was commissioned on September 15, 1983 with Captain Vishnu Bhagwat at the helm. 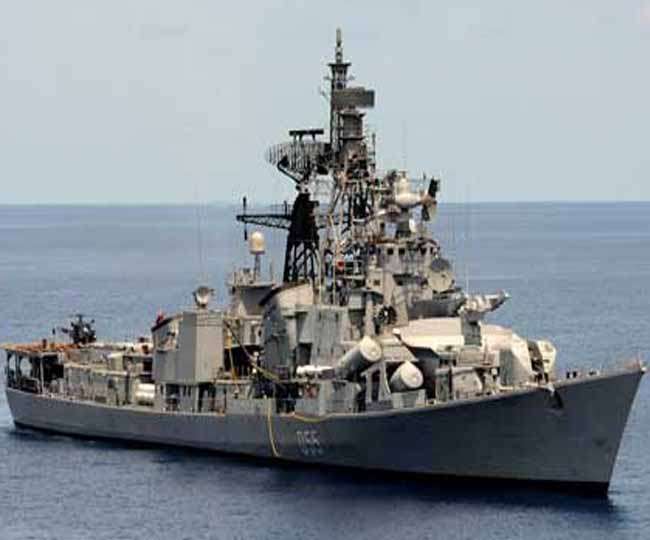 Story 1: INS Ranjit to be decommissioned from Indian Navy on May 6

Indian Navy’s front-line missile destroyer, INS Ranjit will be decommissioned on May 6, 2019 at the naval dockyard at Visakhapatnam in Andhra Pradesh, after having served the Indian Navy for 36 years.

On May 9, after the sun sets, the naval ensign and the commissioning pennant onboard the INS Ranjit will be lowered for the last time, indicating the end of the Ranjit era in the Indian Navy.

The ship was commissioned in the fleet of Indian Navy on September 15, 1983.

On the other hand, INS Vikrant will be delivered to Indian Navy by 2021.

• The Indian Navy Ship (INS) Ranjit was commissioned on September 15, 1983 with Captain Vishnu Bhagwat at the helm.

• The ship is the third of the five Kashin-class destroyers built by erstwhile Union of Soviet Socialist Republics (USSR).

• The ship was constructed as Yard 2203 in the 61 Communards shipyard in Nikolev in present-day Ukraine. The ship was initially given the Russian name ‘Lovkly’ which means ‘Agile’.

• INS Ranjit has a motto of 'Sada Rane Jayate' or 'Ever Victorious in Battle'. The ship has always been at the forefront in keeping the nation secure.

• The ship has been manned by 27 commissions. The last commission took charge of the ship on June 6, 2017.

The ship undertook some of the key operations such as IPKF operations and Operation Talwar during the Kargil conflict. In 2003, the ship was deployed off Mozambique to provide security cover to the African Union Summit.

The ship was actively deployed as part of relief operations post 2004 Tsunami and cyclone Hud-Hud in 2014. The International Cricket Council (ICC) on May 3, 2019 released the ICC Men's T20I Team Rankings. As per the rankings, India dropped three places to fifth position.

Afghanistan and Sri Lanka each moved up one place to 7th and 8th positions.

The rankings were released just days before the ICC Cricket World Cup 2019, which is scheduled to begin in England and Wales from May 30, 2019.