In a referendum, more than 66 percent of Irish voters chose to repeal the Eighth Amendment, which states that an unborn child has the same right to life as a pregnant woman. Moreover, it does not permit abortion in cases of rape, incest or fetal abnormalities. 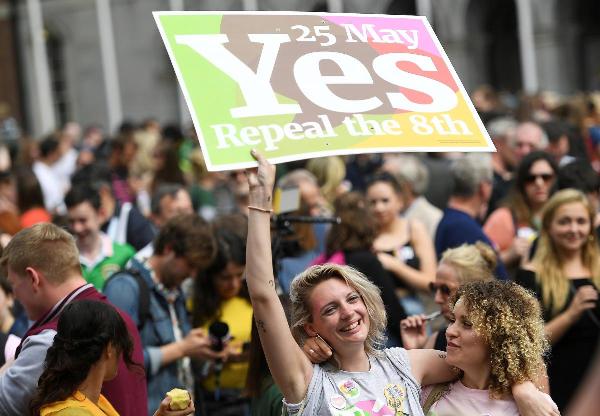 Ireland on May 26, 2018 voted to end the abortion ban, a move hailed as the culmination of “a quiet revolution” in one of the Europe’s most socially conservative countries. A quiet revolution has been taking place in Ireland over the last couple of decades.

Voters voted to liberalise the highly restrictive abortion laws by two-to-one, thus, allowing the government to bring in the new legislation by the end of the year.

The referendum follows a sensitive campaign. Over 3.2 million people registered to vote in the referendum.

• The government proposes that the law should be changed to allow unrestricted access to abortions up to 12 weeks of pregnancy.

• Moreover, it also proposes that abortions may be allowed in special circumstances beyond 12 weeks of pregnancy.

In favour of the vote

• Siobhan Donohue, the Chairwoman of the Termination for Medical Reasons (TFMR), an abortion rights campaign group, described the result as “hugely significant".

• Donohue was one who had to travel to neighboring Britain to have an abortion when her baby TJ was diagnosed with a fetal anomaly. She feels relieved now.

• Orla Halpenny, a doctor and spokesperson for the anti-abortion group ‘Doctors for Life’, described the result as "disappointing".

• Halpenny is now concerned that doctors will not have the right to refuse to refer patients for termination services.