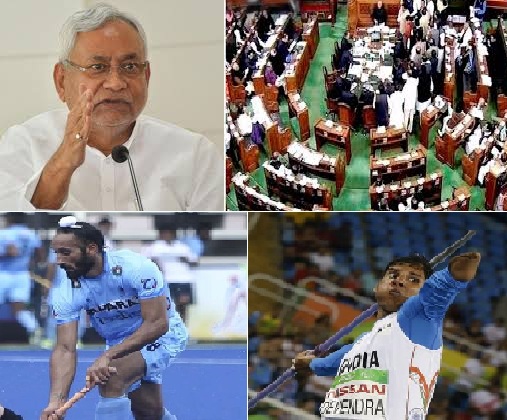 Following poor results in matric and intermediate exams in 2017, the Bihar Government has decided to compulsory retire non-performing head masters, teachers and education department officials above the age of 50 years. This decision was taken after the review of the education department by Chief Minister Nitish Kumar.

Former hockey captain Sardar Singh's name has also been recommended for the country's highest sporting honour.
The awards selection committee, headed by Justice (Retd.) CK Thakkar nominated the names and suggested that both be considered for the award jointly. The final call on this would be taken by the Sports Ministry.