Jayendra Saraswati was the senior seer of the Kanchipuram Mutt that was established by Adi Shankaracharya in the 8th century. 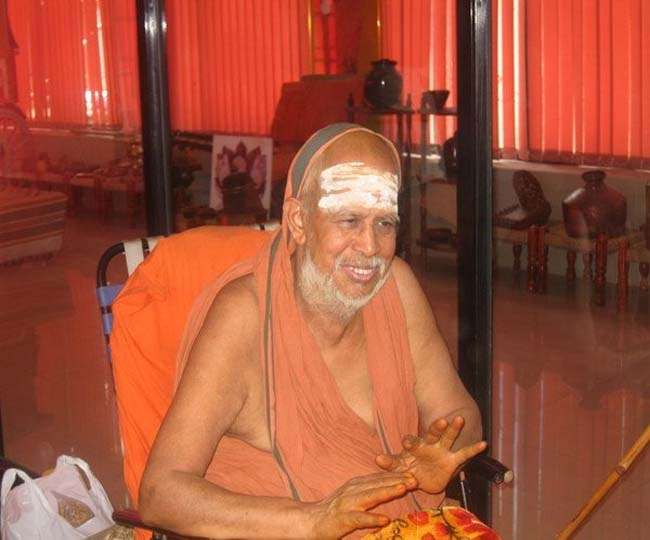 Jayendra Saraswathi Swamigal, the Kanchi Shankaracharya, passed away on February 28, 2018 in Kanchipuram, Tamil Nadu. He was 82. He was 69th pontiff of Kanchi Kamakoti Peetam.

He will be succeeded by the junior pontiff Sri Sankara Vijayendra Saraswathi, the 70th Shankaracharya of Kamakoti Peetam traditionally referred to as Kamakshi.

• Jayendra Saraswathi was born as Sri Subramaniyam on July 18, 1935, at Irul neeki in Tiruvarur, Tamil Nadu.

• He was named as the successor to Kanchi Mutt by Sri Chandrasekarendra Saraswathi Swami and was given the title Jayendra Saraswathi on 22 March, 1954, when he became the younger pontiff.

• He had his spiritual guidance from 'Maha Periyava' and delivered religious discourse besides involving himself in various spiritual and social activities.

• Under his guidance, the mutt started several schools and hospitals.

• Kanchipuram Mutt that was established by Adi Shankaracharya in the 8th century.

• The Kanchi mutt is a pilgrimage for Hindus all around the world and particularly in south India.

• The Mutt runs many schools, eye clinics and hospitals such as CHILDS Trust Hospital, Hindu Mission Hospital, Tamil Nadu Hospital and other public welfare institutions which are religious focused.