Katherine Johnson's calculations helped NASA to take humans into space. She was also portrayed in a Hollywood film 'Hidden Figures.'

Her calculations related to space travel played an important role in transporting humans to space. Katherine was one of the first women scientists of NASA who helped humans to reach space. It is believed that the Americans were able to overtake the Soviet Union in the space race because of her contributions.

Katherine Johnson was a part of NASA's computer pool. This pool was a group of mathematicians. NASA carried out its first successful space mission with the help of data created by this group. Katherine was one of the black women who worked for NASA. She started her career as a teacher.

Born in 1918 at West Virginia, Katherine was curious to learn math from an early age. According to Katherine’s biography published by NASA, she was one of three black students selected to integrate West Virginia's undergraduate colleges. She did the mapping of the moon before the 1969’s landing and helped to bring Apollo-13 astronauts back to the Earth. 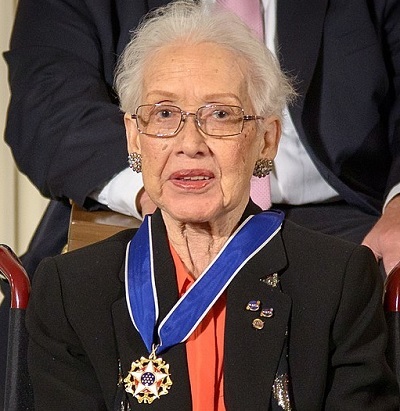 Katherine’s story was seen in the Hollywood film ‘Hidden Figures’ in 2016. The film was based on the book by Morgan Lee Shetterly’s book. Katherine’s role was played by Taraji P. Henson in the film. The film received the Screen Actors Guild Award in January 2017. The film was also nominated in three categories of the prestigious Oscars. However, the film did not win an Oscar.

In 2015, the then US President Barack Obama awarded her the ‘Presidential Medal of Freedom’. Obama had said, Katherine Johnson denied being limited by the pressures of society's expectations about gender and race while expanding the limits of humanity's reach. NASA named a building 'Katherine G. Johnson Computational Research Facility' in 2017 in honour of Katherine Johnson.