Kerala has become the first state in India to pass a resolution demanding rollback of the controversial Citizenship Amendment Act (CAA). 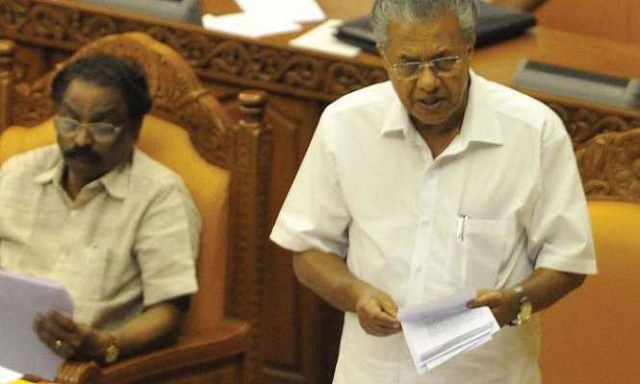 Kerala has become the first state in India to pass a resolution demanding rollback of the controversial Citizenship Amendment Act (CAA). The Kerala assembly passed a resolution against the CAA on December 31, 2019.

Kerala CM Pinarayi Vijayan had moved the anti-CAA resolution in the special one-day session, stating that the CAA act contradicts the basic values and principles of the Constitution.

The special assembly session was convened to ratify the extension of SC/ ST reservation in the Assembly and the Parliament for another decade, the anti-CAA resolution was also taken up because of the widespread protests regarding the law.

• The Kerala CM argued that the CAA was against the "secular" outlook and fabric of the country and would lead to religion-based discrimination in granting citizenship.

• The Chief Minister noted that the Act had triggered widespread protests among various strata of society and dented India's image in front of the international community. He also assured that there won’t be any detention centres in the state.

• The lone BJP member in the Assembly, O Rajagopal, objected to the resolution calling it "illegal and unconstitutional", as the CAA act was passed by both the Houses of the Parliament.

Kerala has already put on hold all the activities in connection with the National Population Register (NPR) considering the anxiety among people that it relates to the National Register of Citizens (NRC).

The Parliament had passed the Citizenship (Amendment) Bill 2019 on December 11, 2019. The act had triggered widespread protests across India and created fear of discrimination based on religion.

The Union Home Ministry released a document with answers to some of the frequently asked questions on the CAA act on December 17, 2019 in an attempt to clear doubts regarding the law.

The Ministry reiterated that the CAA act will not impact any Indian citizen including Muslims. The clarification has failed to have any impact on the protests, with many states announcing that they will not implement the law.