Sangakkara will take up the post  of MCC President on October 1, 2019 and will serve the position for a period of 12 months. His nomination was announced by the current MCC President Anthony Wreford at the MCC Annual General Meeting at Lord’s. 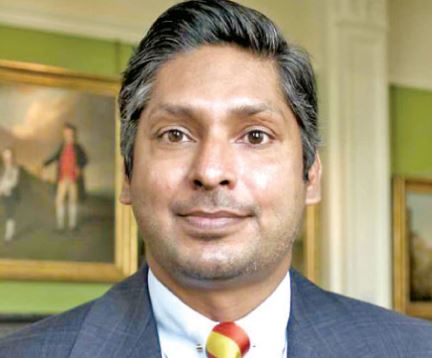 Former Sri Lanka captain, Kumar Sangakkara was on May 1, 2019 appointed as the President of the Marylebone Cricket Club (MCC), England. With this, Sangakkara became the first non-British to head the Club.

Sangakkara will take up the post on October 1, 2019 and will serve the position for a period of 12 months. His nomination was announced by the current MCC President Anthony Wreford at the MCC Annual General Meeting at Lord’s.

During his one-year tenure, Sangakkara will witness two England Tests against West Indies and Pakistan, and the launch of The Hundred competition before his term ends on September 30, 2020.

Sangakkara is already an active member of MCC's World Cricket Committee since 2012, and also owns the Honorary Life Membership of the club, which he was bestowed with in 2012 itself.

• Founded in 1787, Marylebone Cricket Club is a cricket club based at the Lord's Cricket Ground in St John's Wood, London, England.

• MCC, owner of Lord’s Ground as well, is the world’s most active cricket club.

• It acts as the guardian of the laws of the Cricket. It is the copyright holder of the Laws of Cricket.

• Initially, the MCC was the governing body of cricket in Wales, in England and across the world.

• In the year 1993, almost all of its global functions were transferred to the International Cricket Council (ICC). Its English governance was passed to the Test and County Cricket Board (TCCB).

• Sangakkara made his international debut in 2000.

• He scored 38 centuries and 52 half-centuries from 134 matches in his Test match career.

• In 2015, he retired from the International Cricket and Test Cricket.

Heena Sidhu is the first Indian pistol shooter to reach number one in the International Shooting Sport Federation (ISSF) world rankings. She has won multiple gold medals at the World Cup, Commonwealth Games, Commonwealth and Asian Championships.  She also held the world record in the 10-metre air pistol event with a final score of 203.8.

Moudgil was the first Indian to secure a quota place in shooting for the 2020 Tokyo Olympics after she managed to win Silver in women's air rifle in the World Championship in September 2018.

On the other hand, Rizvi is the winner of gold and silver medals in World Cups in 2018. Mitharwal saw success in the 2018 World Championship in Changwon, Korea, winning the men's 50m gold medal.

Regarded as the highest sporting honour of India, the Rajiv Gandhi Khel Ratna is named after Rajiv Gandhi, former Prime Minister of India. The award consists of a medal, a citation and cash prize of Rs 7.5 lakh.