The 13th National People’s Congress also approved the appointment of Yang Xiaodu as the Director of National Supervisory Commission. 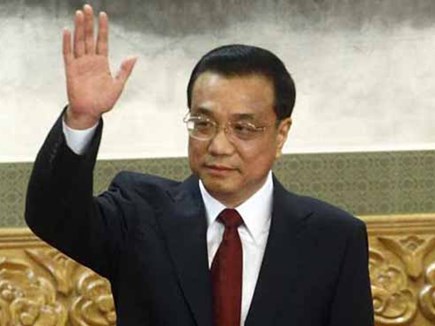 Chinese Prime Minister Li Keqiang was on March 18, 2018 re-elected for his second five-year term by the members of the 13th National People’s Congress (NPC), Chinese Parliament, during its ongoing session.

Li Keqiang received 2964 votes in favour and two in against.

The Commission was constituted by merging the Communist Party's Central Commission for Discipline Inspection (CCDI) and various other government anti-corruption units. It will have the power to detain suspects for up to six months without seeking court's approval.

Analysts believe that the creation of this anti-graft committee will impose party control over an increasingly intricate society and government.

Re-election of Xi Jinping as President

Traditionally, the Chinese Prime Minister is regarded as the top economic official of the country, however, President Xi has stripped Li of many of his duties by appointing himself as the General Secretary of the Communist Party of China to oversee economic reform and state industry.

Earlier, Chinese Parliament removed the 2-term limit of President, paving the way for President Xi Jinping to rule indefinitely over the country. It is feared that the indefinite rule of Xi Jinping will reinstate one-man rule in the country.